Stumbled across an interesting instrument that seems to use a similar “horizontal wiggle” approach as the Osmose - the Electone.

Same as the better-known CS-80 and YC-45D. Brian Eno was a big fan of that feature.

Ok, cool, didn’t know that the CS-80 could do that, too! Quite ahead of it’s time, I could imagine CS 80 players might also like (or have liked) the Osmose!
“Mr. CS-80” Vangelis also has his personal (probably custom made?) electronic dream organ at home (at least it’s not an Electone on first sight). No foot pedals, but an equivalent number of expression pedals

Stumbled across an interesting instrument that seems to use a similar “horizontal wiggle” approach as the Osmose - the Electone.

Same as the better-known CS-80 and YC-45D. Brian Eno was a big fan of that feature.

The Touch Vibrato feature was present on a lot of the YC-series organs, but was not on the CS-80. The only instrument of that family that featured it was the GX-1, which had it on the top manual only.

“Electone” is Yamaha’s general term for its line of top-end organs for professional performance. The GX-1 was an Electone, as were its many successors that used varying technologies from FM to sample playback… while the GX-1 was the most famous and arguably the best-sounding, there was also an EX-1, FX-1, HX-1…

There was also a much less programmable version of the GX-1 that most people don’t know about. Same sound engine, fairly rare and usually obtainable for a bit less money.

If I had to make a guess, I’d say that Vangelis’ rig above was actually a set of custom voiceless controllers running a large MIDI rig of layered sample players of some sort (12 of them in a rack). I can pretty much guarantee that what we’re hearing, if it IS Electone technology at all, is later-vintage sample based stuff.

The e-organ the two musicians above play is apparently called the ELS-02C. Probably a newer, fully digital kind of Electone?
That Vangelis instrument looks pretty custom yes. Probably only one exists - and only one person who can play it

D’oh, of course. The CS-80 had polyphonic aftertouch.

Vangelis has a bunch of custom MIDI controllers drive a large collection of analog and digital synths and samplers, or at least used to. Maybe as samplers got more sophisticated he dumped the synths. Reportedly these days he’s mostly playing acoustic piano.

Sounds good! I could imagine that (additionally to the “go wild” things) some analog-sounding bread&butter stuff would also be helpful. Keyboard players might look for something like that - probably more than perhaps more avant-garde-minded Continuum players

yeah, these were definitely some of my favourites so far, i could play the first couple happily for a hours on end ! and the display in the newsletter looks nice!

I’ve been trying not to get excited by the Osmose, as its still a while off, but talks of production prototypes, and the display make it start to feel real - and these demos are not making the wait any easier

great job, to all involved , especially given the current challenging times.

Some very nice presets in that video. Will they translate across to the Continuum?

Technically as far as I understood it’s the same synth engine. One might have to adapt the curves probably, like when using the Continuumini with Morph or Linnstrument.

Dammit, I typed almost exactly your reply a few hours ago, and my phone didn’t actually submit it.

Some very nice presets in that video. Will they translate across to the Continuum?

At the end of the day, they’re just patches.

But, they are designed for a much larger plunge depth, so I imagine some work will be needed to re-calibrate them.

perhaps Christophe could add a ‘mode’ for the continuum, where if it loads an osmose patch, the Y axis becomes an extension to Z, in a similar way to the osmose. ( * )
( * ) I think playing style on a patch is quite important, so I’m not sure it’d always work well for the osmose patch to be used with the Y axis (front back)

I’m sure you’re right. I guess I was trying to get a sense for how much effort is required to tune a patch for a particular interface.

Dunno, but if other engines are anything to go by, presets don’t often translate well.
e.g. few roli presets feel right on an eigenharp or soundplane

the fact that the Osmose is using Y , not as an axis but as an ‘extension’ of Z, i think will make this a little odd, though I guess you could start the note at the bottom of the continuum and 'move up ’

… thats why I wondered if Christophe could add a kind of osmose ‘mode’ , where the continuum Z, is split into Z, then Y (like the osmose) … then it might translate easier.
or perhaps they just ‘convert’ the osmose patch some how ‘automatically’, which would then free up the Y axis for another use on the continuum.
( the Z axis has quite a dynamic range on the continuum, so that would seem viable?!)

still leaves open the question of how it will feel to play… as apparently with the Osmose you can feel where it transitions.

so perhaps its just better to take the Osmose patch as ‘inspiration’ and adapt to the benefits of the Continuum surface?!

It’s a step beyond inspiration.

I mean, most of the work should be usable as-is. You’re just re-patching the controls. That’s the beauty of a matrix…

True, the core of the sound engine part of the matrix will be unchanged. The functions and curves may well require work. The notion of a an Osmose mode is an interesting one. Otherwise, I guess the Continuum users (and Osmose users) will just need to do the modification. I’m guessing in time, the sort of modifications required to adapt from one interface to another will be well understoood. 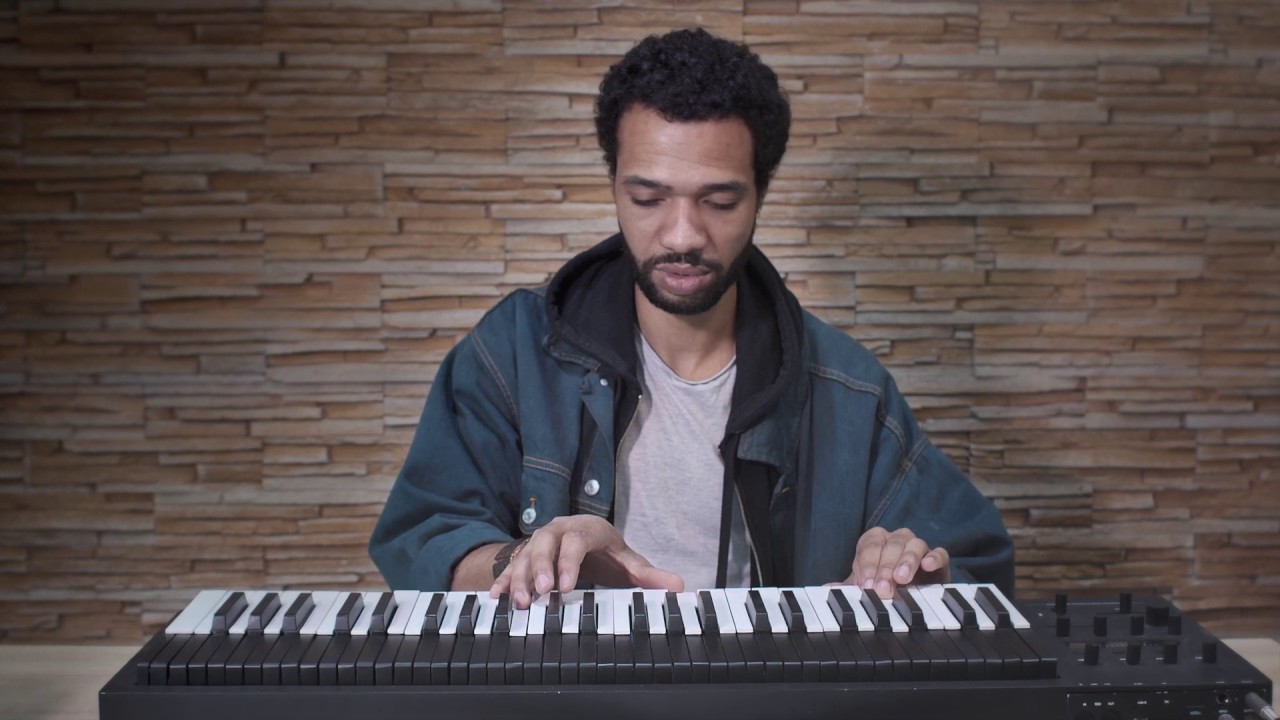 still on the prototype, i guess never video will show the ‘industrialised’ prototype which’ll be quite a step forward.

with all thats going on nice to have something to look forward to… sounds like we still might get this for Christmas.

More presets… EaganMatrix keeps on delivering! With plenty of synthesis methods to explore… and get lost

In my case I sincerely hope that this collaboration will enhance the eagan matrix experience making it a bit smoother.

I sometimes miss a good detune knob vs putting .001 in the + row of the f column of os1.