I have been watching some Linnstrument performances where people are wearing it with a guitar strap. I thought to myself it’d be cool if there was an accelerometer/gyroscope you could connect that would transmit midi data. I’ve seen keytars from Alesis and of course the Guitar Hero toy guitar that have accelerometers. It would be cool to control fx feedback by tilting the device a certain direction.

I guess this isn’t something specific to the Linnstrument, it just seemed like a good fit because of the ability to strap it on, although if it had spare i/o pins, the hardware could be integrated directly on the controller.

Has anyone seen/done any projects like this in the DIY midi world? I suppose it could be any wireless microcontroller talking to a service on the PC. In fact, it would be pretty trivial to velcro an old android phone to the back of a controller to achieve this.

Have you considered MIDI rings like the Genki Wave or the Enhancia Neova? 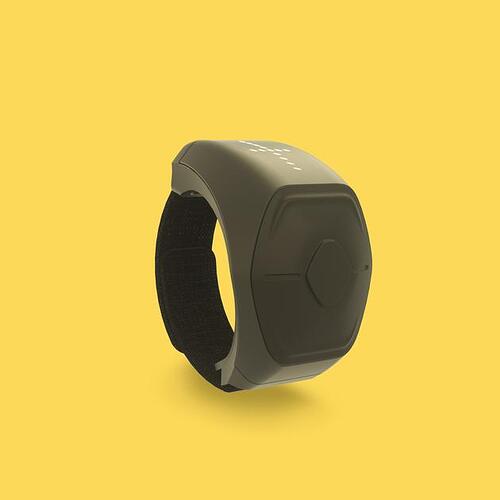 Unleash the true power of your instrument.‍Wave is a MIDI ring that allows you to control sound with motion. Wave has three buttons, an LED display for visual feedback, micro USB charging port and an adjustable strap.

Enhancia allows you to experience a brand new musical creativity with the Neova technology as a creative tool. Your instrument is alive.

One of the earliest was the “Hot Hand”, which turn up secondhand. I think I tried strapping one of those to a controller once though I can’t remember how successful it was. 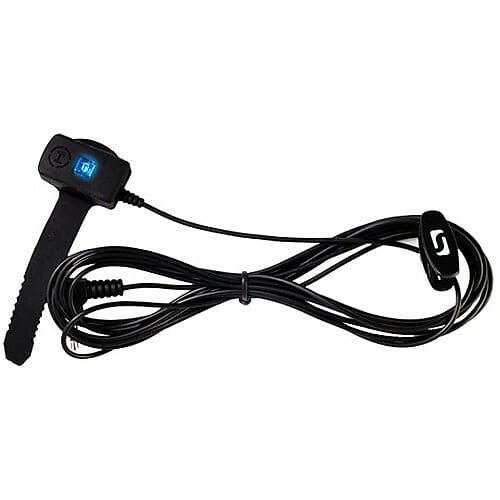 SOURCE AUDIO SA111 This is the original Wired Hot Hand Sensor from Source Audio. After plugging its 3.5mm connection into the sensor input of, say, a Soundblox pedal, simply wrap its ring-like accelerometer around your finger,...

The Glover software for the mi.mu gloves, now available separately, apparently has support for Micro:Bit which might be interesting to look at.

Admittedly, none of these are especially cheap. I’m sure it would be possible to rig something up with a Teensy and an accelerometer as you suggest… 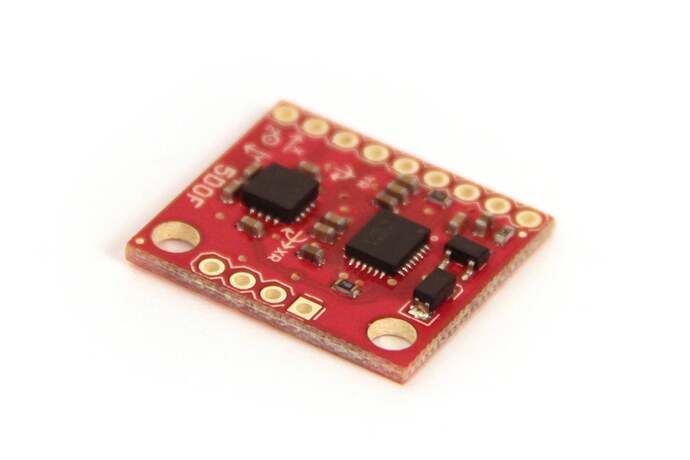 Use an Accelerometer and Gyroscope With Arduino

Use an Accelerometer and Gyroscope With Arduino: I recently bought a combination 3 axis accelerometer and 2 axis gyroscope from Sparkfun and I wanted to post some of the code I used to get it up and running.  I'm planning on using it in an...

Thanks for the links and for sparking some ideas. Levering the mi.mu stuff could save a lot of time. I’ve seen the Enhancia ring before, they have some cool videos of people trying the product out at NAMM. I can’t reconcile the price point of it though, if it were $300 cheaper I’d have one.

With the ring form factor, I’ve only seen people use them on a flat keyboarding surface. So I wonder if you’re playing a strapped on instrument if they’d still behave well with movements relative to an instrument plane that isn’t orthogonal to gravity.

I’ve got a couple arduino unos in my junk bin, I might have to see what I can hack together one of these weekends.

if you’re into eurorack perhaps have a ook at 2.4 sink 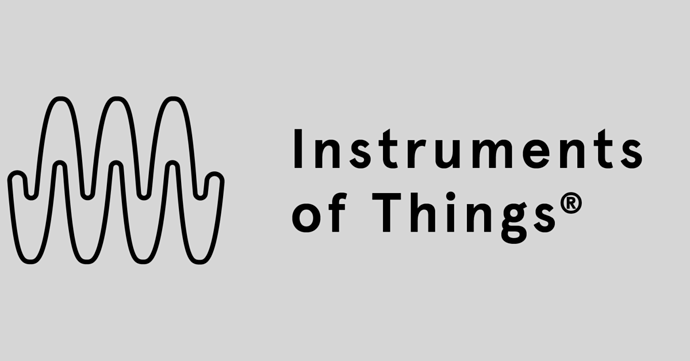 one of the better implementations Ive seen, and Ive considered a few times…
however, I have my doubts…

Ive tried things with gyro/accel in them, to ‘augment’, and after the inital fun - didnt really find it that appealing.
I think the issue is perhaps
a) not much precision, generally its all larger gestures
b) not much control, when you dont want to trigger it, you now have to be static.

of course, this things could be ‘programmed’ around, if you really want to get into it.
(e.g. things like latching controls, multile gestures)
but the general ‘waving things around’ , I think is pretty limited…

( * ) great respect for Mimu gloves, they have done exactly this by combining with proximity/flex sensors… so take it from movement/orientation, to real gesture control.
even then , my favourites uses of these has been with dancers rather than musicians (even though I love Imogen) - its just to natural to connect a dancers (attractive) movements to visuals and sounds.

You should, people always love a bit of theremin.

I’m a big fan of gestural controllers. Mostly the focus has been on modulation; there have been very few instruments for playing notes gesturally. The theremin was the original and best. I’ve just completed an Airpiano clone called the Aetherharp which I’m pleased with (collaborative project)… 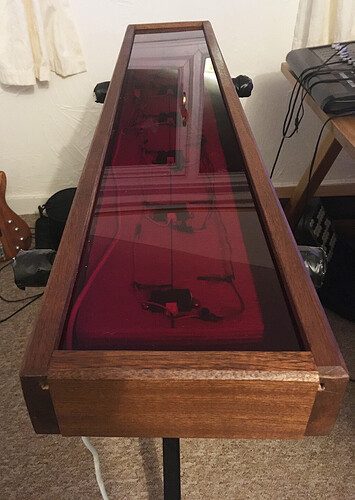 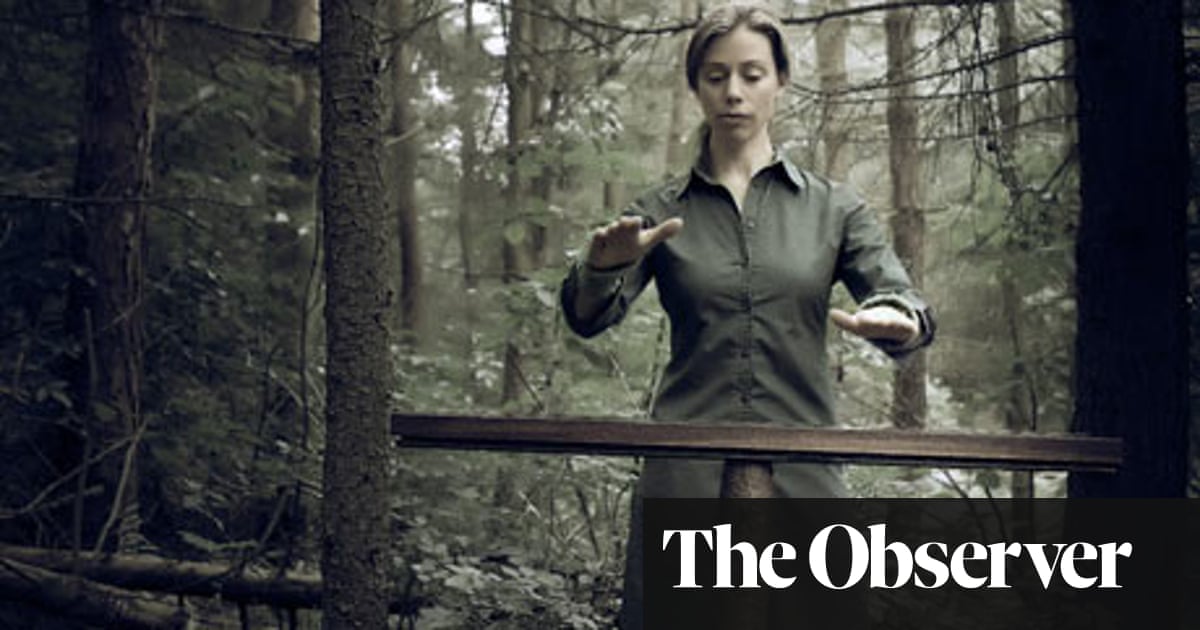 Folk musician Jo Hamilton has a unique sound, thanks to the strange new keyboard she's been learning to play, she tells Tom Lamont

…and for the first time I’m seriously considering getting one of those MIDI rings. It would be perfect for this.

PS If you’re still wondering about the theremin, behold the Claravox promo.

(…and this is Jo Hamilton with the Airpiano at its best…)

ve tried things with gyro/accel in them, to ‘augment’, and after the inital fun - didnt really find it that appealing.
I think the issue is perhaps
a) not much precision, generally its all larger gestures
b) not much control, when you dont want to trigger it, you now have to be static.

I’m imagining a sensor mounted on an instrument so that the axis of the sensor is aligned to the axis of the instrument. Then have a trigger button you can press and hold that would mark the current rotation as a reference point and proceed to spit out relative values to that initial reference point (like taring a scale) until the button is released. And then only apply effects while that trigger button is being held.

, going to have to figure that one out.

… yeah, Ive seen lots of the Theremin, including Carolina Eyck playing at Superbooth.
I just have to be honest with myself, and think… would I put the time in to learn to play it !

as I said, I really like the idea of gestural control - and very interested in how your ideas develop @melodic_malloc

Perhaps you could ask Milton Villeda for advice. He built the M!lTone: http://miltone.net/
This is based on an ATMega1284P and sensors that as far as I remember when I chatted with him cost $30 per piece. It’s based on distance sensors, not sure whether it also comes with an accelerometer.
In the past he also sold DIY sets of the M!lTone (so, sensors+board) and the firmware is open source.
Thus might be a good starting point? Also comes with an integrated synth engine as a bonus

Yepp, theremin is cool!
Was also contemplating about getting one. But in the end having a theremin is like having a violin. It is only the start of a looong journey

yeah, that was my feeling too…

that said, I did search and found this

For playing the theremin it is important to have a good sense of your body and hearing, and to work on a precise playing technique. At the best you can learn a scale in 2 hours with professional guidance. Thus the theremin is not harder to learn than any other instrument.

so… do you read this as 2 hours to learn a scale… or 2 hours with perfect pitch, body control - and a few months for the rest of us

still tempting … but lots of other things to play with first i suspect !

It’s an art to play to concert level, but it’s not that hard to play to a fun level if you have reasonable coordination and a sense of pitch. I think you’d soon pick it up, but if in doubt, wait for the Behremin. 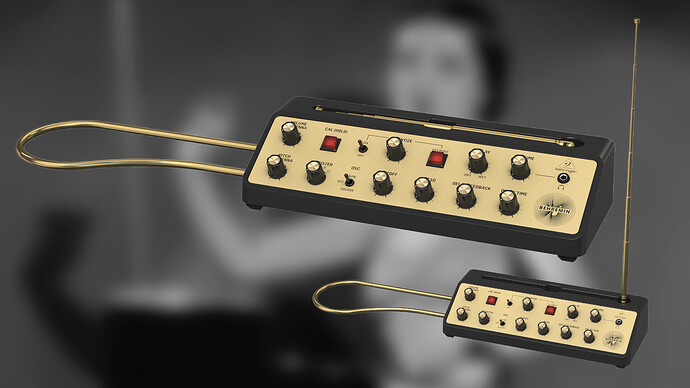 Behringer Behremin, A $99 Analog Theremin Clone In The Works

Behringer is working on the Behremin, a clone/replica of the legendary Moog Theremin in full analog and for just $99 USD. 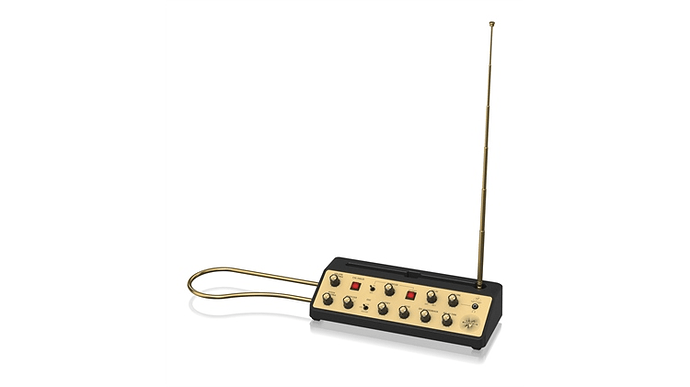 (For deeper wallets, the Theresyn could be fun if you want something new.) 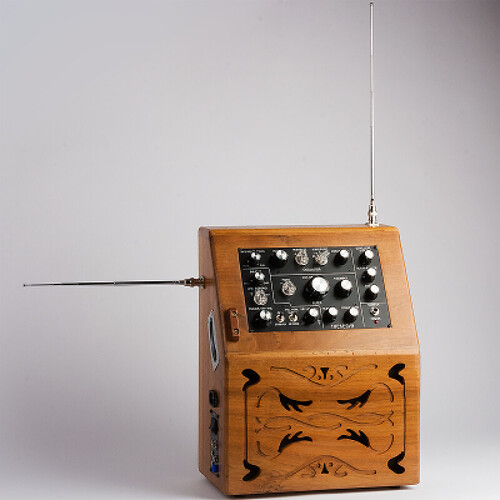 …for my own part, I would have to admit that the image… 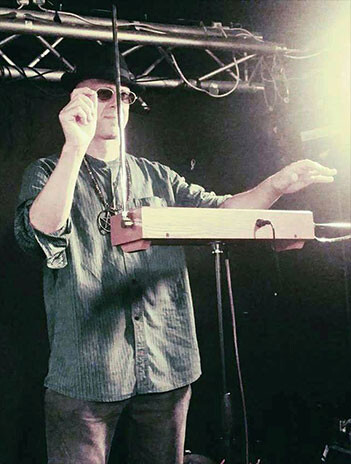 I don’t think I’d ever want to tape a midi ring on my controller, but integrating a full-on mannequin hand to wear the ring for me? I’m suddenly obsessed with the idea.

I guess I’m not as excited about the fine gestural control, but something as coarse as “face different directions to control different synths” sounds very appealing.

Re: theremin, I actually took a workshop w/ Carolina Eyck. She’s got things down to a very learnable system, but the instrument really does require your full attention. You can’t reach for another instrument and come back to it without stopping to recalibrate. Plus, reaching for anything is going to make it go very loud on you (the volume signal is inverted from what I thought).

Mezerg gets good mileage out of his as a multi-instrumentalist, by just using the CV outs and not even bothering with pitch.

But I feel like Leap Motion is a better solution, if that’s the goal.

(I mean, two IR sensors and an Arduino can can get you there cheaper. But it is a good use case for the Behremin.)

I suppose this probably ties in here.

(Their pitch video isn’t especially appealing, but there is at least a lot of scripting potential. And really, it’s a great “volume hand” accessory for theremin players.) 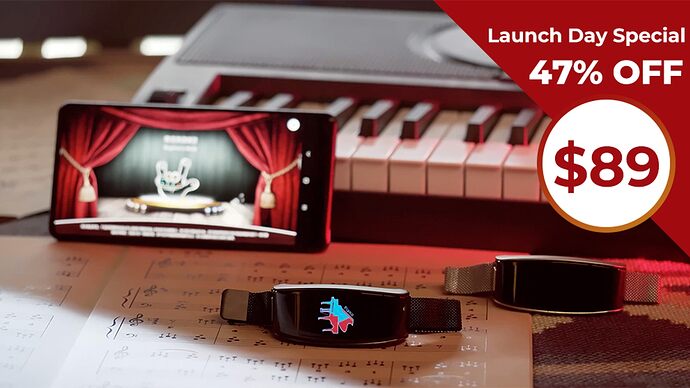 That looks quite interesting for $89. Similar to GripBeats. 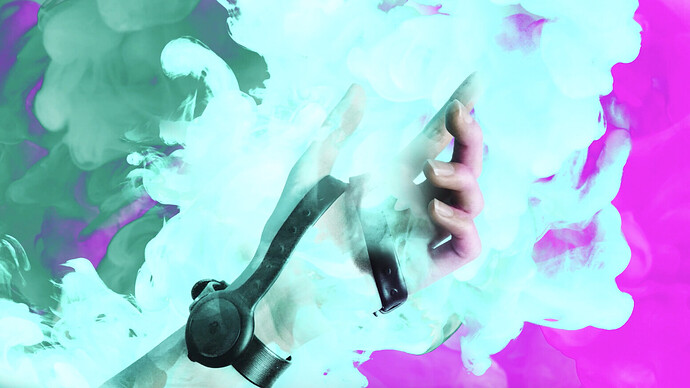 GripBeats: Turn Your Hands Into A Musical Instrument!

Learn the art of making music through your hands' movements and touch by using our refined and versatile wearable music technology.

The Enhancia Neova ring looks one of the most stylish of these, but £360 is way too much.

I’m starting to think like the OP now, that it might be interesting to try and make something. If everyone else is doing it, how difficult can it be.

Have you seen mini.mu? It’s like mi.mu for infants. 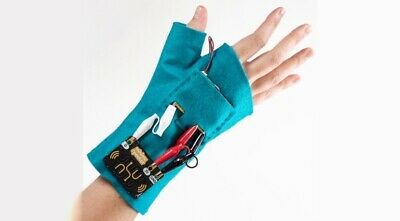 The MINI.MU is MI.MU's make-it-yourself musical glove for kids. It is a collaboration between musician Imogen Heap, creative technologist and children’s author Helen Leigh, Pimoroni and the MI.MU glove team. 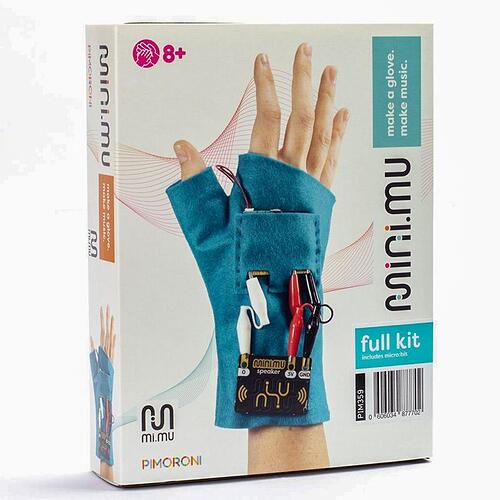 Make a MINI.MU musical glove from scratch, with no crafting, coding or electronics knowledge required. This kit encourages creative coding. microbit not inc.

It interfaces with the mi.mu Glover software via its microbit.

That looks quite interesting for $89

Boy, lots of interesting glove style products out there, way more than I was imagining there would be a market for. The micro:bit mi.mu stuff certainly looks attractive. The more I mull this over, the more inclined I am to get some velcro and an android device from my electronics graveyard for some rapid prototyping. Just a bit more mulling needed to decide on frameworks.