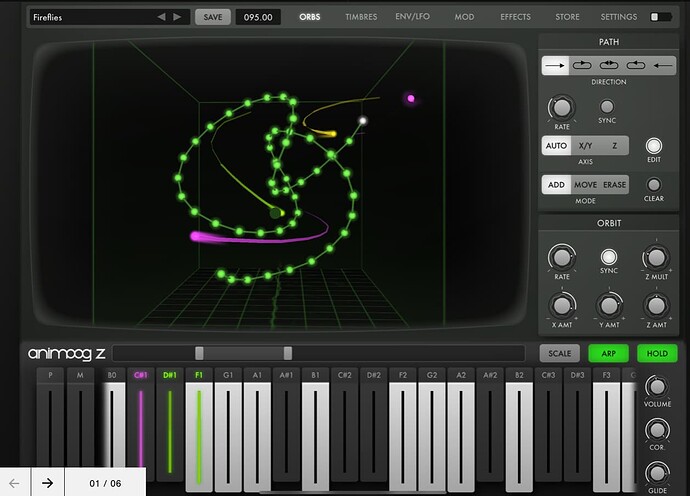 some good news, I spoke to Geert… he has told me the secret sauce for getting MPE / CC 74 working

in MPE mode , Timbre/CC74 - is redirected to Mod Wheel.
(apparently this is common to Moog Apps, but given I don’t use iOS Ive not seen this before)

its really nice it being here in the modulation tab, since it means you can use it as a modifier a whole range of source, and to quite a few destinations.
it also means its quite easy to change presets to make use of Timbre.

e.g. Im finding that a nice trick is to take a preset, and move some of the pressure modulations over to mod wheel (aka timbre) , so that you are moving that control over to a new axis. simple/quick and very effective.

and I am not sure all of my plugins will work on 11.2, which is what is required. Are well.

yeah, App Store says its 11.2+
I’d guess because its a universal binary (intel/apple silicon) so needs to be 11.x
unfortunately, I suspect we will see this becoming increasingly common.

Thanks for sharing this! I was so confused. Y and Z now work.

I still can’t get the x-axis to respond (pitch). Am I missing something?

I still can’t get the x-axis to respond (pitch).

Using what controller? Some do send MPE settings and “auto configure”….

I’ve tried with Roli Lightpad Blocks and with LinnStrument.

Never mind, I figured it out. I had to uncheck “load from preset,” and then change pitch bend to 48. works great.

Now on Monterey so Animoog works!!! Great fun but chews through my CPU so the next step will have to be something with an M1 in it. Not just for Animoog but for my general well being:)