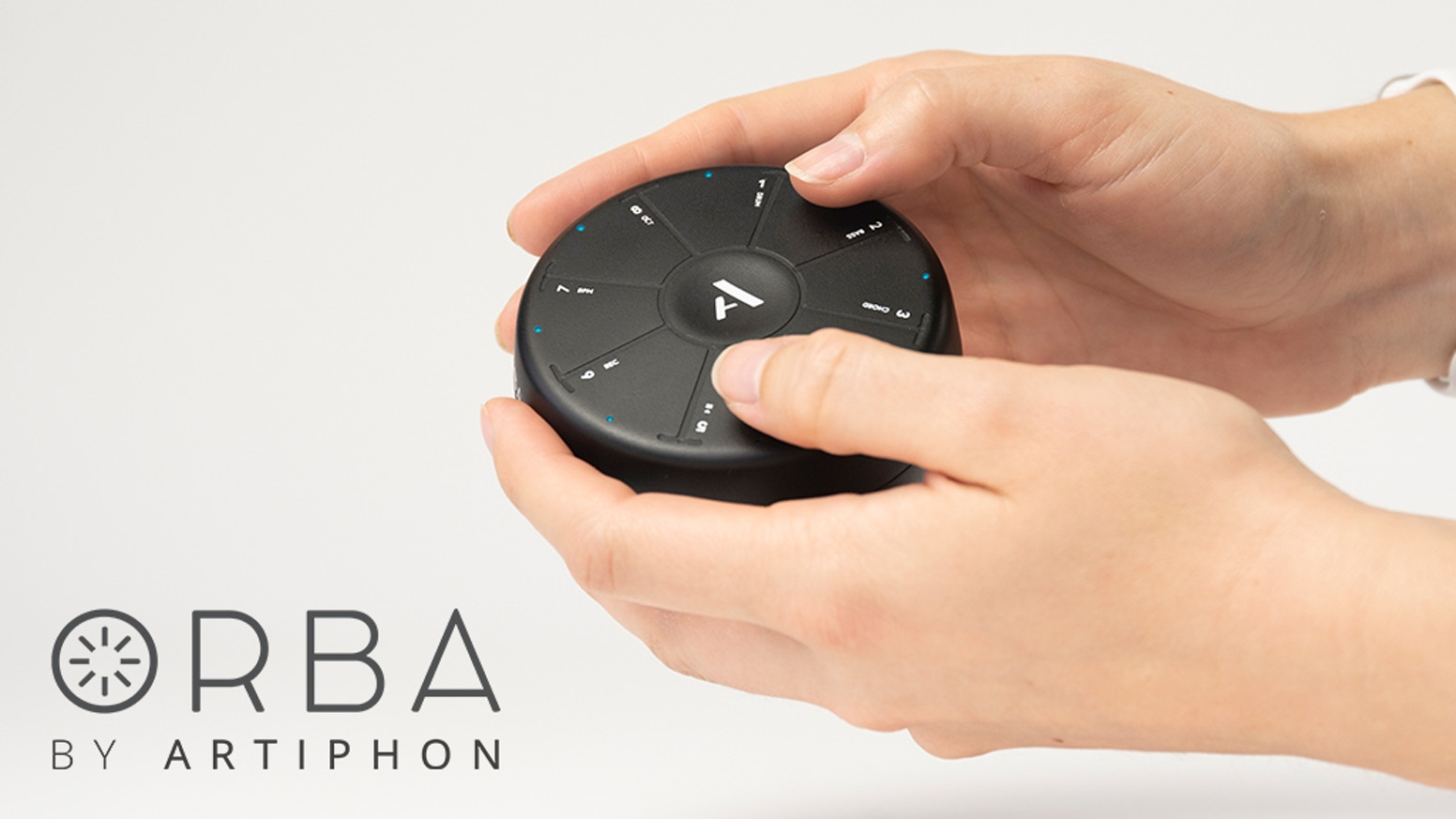 Orba - A musical instrument designed for your hands

A portable synth, looper, and MIDI controller that lets you create songs in seconds.

That dog slurping on it at the end was cool

This is a pretty good interview. 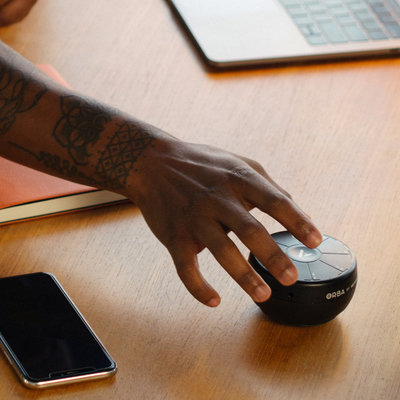 The Sociologist and Space Engineers Behind Orba, Artiphon's New Instrument...

“They are the first generation to grow up knowing they could make any sound on a laptop or phone, so they don’t worry about whether they know how to play an instrument or not, and they don’t think of music in terms of the outdated guardrails of mass-market genres.”

Hm, perhaps a question of granularity. If somebody knows how to press play on a smartphone to replay a song of their liking the word “make” is perhaps a little far stretched. Still chosing the right song for the right moment can be a tiny little inventive. Next step might be DJing, then composing songs from loops, triggering samples from a controller, playing a granular synth with an expressive controller etc.
Even if the first probably isn’t “making music”, the latter definitely is, so somewhere in that spectrum it has to start.

Perhaps this thing helps a few to get a few steps further from consumption to making? If yes, then this might be good.
For most other instruments it probably doesn’t matter which one you choose regarding reachable depth, you can dedicate your life to one instrument and still have something new to learn in front of you. Not sure how that is with this thing. And what happens if the ceiling is reachable. “This is it? Meh, making music sucks” or “cool, which instrument next?”.
Perhaps this is deeper than it looks though and one could dedicate a life mastering it? A little bit hard to judge from the demos…

I don’t foresee wanting to use this in place of other controllers, but in addition to. I guess I see it in a class of accessories, perhaps like the Expressive E Touché.

That “spin” gesture, if it respects pressure around the circle, could be very powerful, along these lines:

This guy could mount one on his guitar…

Wait. On? No. In. He could carve a hole for it so it’s mostly flush.

Less expressive, but still very powerful, one could potentially abuse the MIDI stream by treating the notes as generic buttons, to modify the other sensors.

So for example, you could treat it like a knob, but control eight parameters depending on which space your finger initially lands in.

(That’s mapping the “spin” parameter. You could do the same with “tilt”. That’s always been my favorite trick for the MIDI Fighter 3D, but this is smaller and pressure sensitive)

Played one extensively at NAMM. Went from skeptical to a believer pretty damned quickly. Mike Butera and his team have put a lot of thought into how the surface does stuff, and while not every dimension of motion will be available for everything immediately, it’s actually surprisingly powerful and does in fact do full MPE.

I have forgiven Mike’s team for not yet updating the INSTRUMENT 1… they’ve obviously been busy.

Had I gotten into NAMM this year, I would have made a beeline for this.

…and Sensel, to see if they had their phone-based prototype on display.

These are things I’m dying to put my hands on. Videos aren’t enough…

Expressive E did not have the Osmose on display. They felt it was nowhere near ready for the torture of public access in a booth, which is fair. I was at the Sensel booth but I didn’t see that prototype on display; in fact, this is the first I have heard of it. Was it a module? A controller? What?

I have received my Orba a few days ago, and when the app will allow to customize and adjust the MIDI curves and values it will certainly be a good companion

I am just deceived that the “pressure” is in fact given by the surface of the finger, not its pressure. Considering the size of the pads, it makes MPE control with CC64 and Pitch Bend together very difficult.

I am using my Orba primarily with Bitwig, using the Linnstrument script to run it as MPE and I really like it. some of the gestures like move and spin are very difficult to control but all the other gestures are fine, pressure seems to work as well. I don’t use the inbuilt sounds at all really. I am having a lot of fun!