Collaboration over the net

I’m trying to make music at my chambers, but that’s a quite uninspirational process. Most of the time I get bored, since I find it hard to get into that creative state of mind, or running out of ideas. I’m thinking of getting out from here, virtually, and engage in some sort of collaboration over the net.

Anyone here with that kind of experience? What about pro’s and con’s? How do I go along and what is there to think about? How does one find people to collaborate with? Is there any better places out there to turn to?

Have been playing around with OhmStudio back then when it was in beta. Didn’t take off it seems, at least their forum is a deserted playground for spam bots and the last blog was from three years ago.

The Bitwig guys have always talked about adding collaborative features along the road. No idea when though, the next big thing on the horizon seems to be to release the modular environment with BW3.

Bandlab might also be something along these lines. Never tried it though, but besides their web-based DAW they bought Cakewalk and released Sonar for free (which was my DAW of choice in the past before Bitwig). Think they incorporate lots of collaborative features into Sonar, and it is still a good and proven DAW by itself (if you are on Windows). Bandlab is apparently also a social platform for gathering interested collaborators. As said, no experience with that. Might be worth a look though.

Yeah, I feel similar @Micael , as I’m in a remote location.

(though haven’t really looked around yet due to time commitments. )

For me, I don’t think tech is the issue, I think lo-fi file sharing can work.

Till recently, I was doing challenges (based around AE modular) which provides some feeling of connection.

the disquiet juntos might be an idea if that appeals to you.
also lines (lllllll.co) has a collaborative venture each quarter though I think that might be modular specific
(@GoneCaving can tell you more as he has done it:) )

But I’d hazard a guess other forums do similar things, perhaps there is an ambient music forum which might organize such like ?

Some friends and I collaborated over the net a long time ago, just for the fun of it. One of us started on something, sent the project to an FTP server, and the next person downloaded it, added something more, etc. And when someone decided a track was done, he put it online and started a new one.

These days Steinberg has a subscription based cloud service for Cubase intended for online collaboration, but I suspect it isn’t used much. At least it is hard to find info on how well it actually works. You can use it without being a Cubase user, but to me the whole thing looked a bit cumbersome. It could be interesting to try it, though, so If anyone would like to help test, I can see if I can create a project and invite collaborators.

I remember reading about a tool for realtime online jamming many years ago. I have forgotten what it was called, but the idea was to get around the problem of latency by increasing it to a set number of musical bars. So when you played something, the other musicians would hear it, say, 8 bars later, but still in sync with the beat. I thought that sounded like a lot of fun, but never got around to try it. EDIT: I suddenly remembered, it was called NINJAM.

Ah, from the Reaper guys - and it’s open source. Thanks for the link, looks interesting!

the disquiet juntos might be an idea if that appeals to you.

Yeah, this was the first thing that sprung to my mind after reading the original post. The pace of Disquiet, once a week, is too much for me, but quiet often they also string several projects together, and those often involve collaboration (take the piece produced by someone else the previous week, and add to it following the guidelines set out that week).

also lines (lllllll.co) has a collaborative venture each quarter though I think that might be modular specific
(@GoneCaving can tell you more as he has done it:) )

Yes, I’ve participated the LCRP (Lines Community Release Project) for a while now. It’s absolutely not modular specific; you can use whatever tools are to hand, modular, acoustic, field recordings etc. It’s usually run quarterly. Often there’s a month to produce samples, which are then shared, and a second month to do something based solely on the contents of those samples (and and all sorts of FX or other processing allowed). Some quarters there are no restrictions. LCRP also did a long form ambient release at the end of last year, which clocks in at a whopping 34 hours of music!

See https://lcrp.bandcamp.com/ for prior releases.

That’s too bad about OhmStudio. I have a lifetime membership, but haven’t thought about it in years.

Indaba Music used to be good. Not sure if that’s still the case. They used a Java based DAW so every user would be on the same page, and had some matchmaking features to form groups.

Here again, I lost sight of them years ago.

HitRECord is neat. The tools are a bit sparse, but the community side of it is sort of mind boggling.

That’s all I can think of.

Actually, there used to be an ongoing NinJam thing at the old/defunct (pre-lines) monome forums.

The Disquiet Junto seems interesting. I’ll take a deeper look at it.

Over KVR there is a monthly challenge… 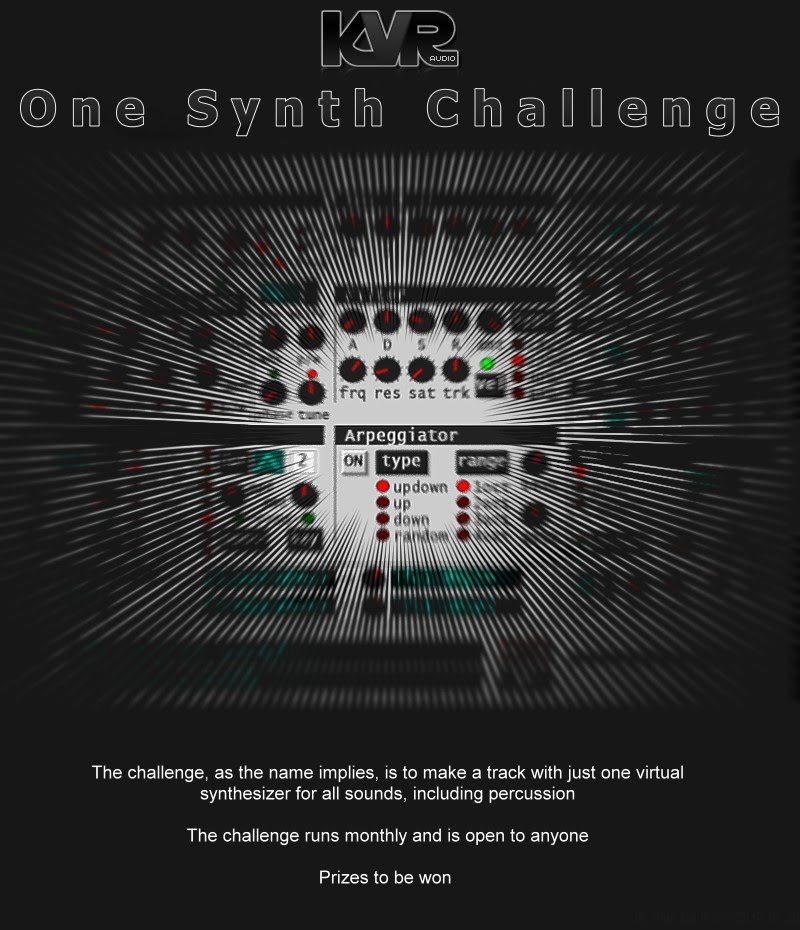 A bit of follow-up…

This was the old NinJam thread.

Looks like it came up again a few years ago, in a thread not unlike this one.

I was able to log into my old OhmStudio account, download updates to the software, and open an old test file in the editor. There were a few messages from the past year or two in their public chat, as well. No other signs of life, but still more than I was expecting.

Indaba Music got bought up by Splice, who I think tossed out the Java based editor completely, as well as the community projects. The remix contests live on, though.

Also, Splice Studio is a good way to trade project files back and forth, but it’s nothing close to realtime, and I’m pretty sure it only works with Ableton.