So, Dodeka has been around a while, with thier isomorphic keyboard, and they are back in the ‘news’ today, as they have just released their first ‘music book’. (free as digital download) 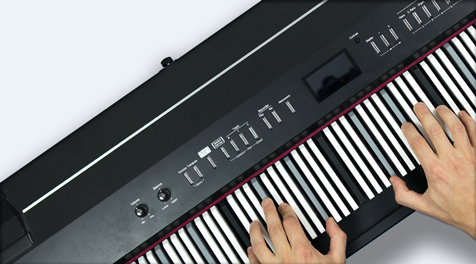 Dodeka: the fastest way to learn to play music | Dodeka

thought, Id bring it up here, as I find the idea really interesting,

keyboard linear, like a continuum, but with even spaced markings.
but what (I think) particularly interesting is their pedagogical stance,
that the hardware and the music notation should be connected… so that the reading of music becomes easier/quicker because its directly related to the layout.
(they also use it on a guitar, but Ive not looked at this so closely, but similar idea i understand)

their notation is kind of interesting, at first looks like something from guitar hero (et al), but its fully developed.

anyway, their book, covers this in quite a lot of detail.

Ive no idea if they are on to something ( easy to argue to speed read will take the same effort as conventional notation, and im not sure writing their notation by hand is easy) ,
but I find alternative notations interesting, and the philosophy behind them.

I also think it’d be trivial to add ‘support’ for this to controllers with ‘leds’ like the Eigenharp or Linnstrument.
(actually, my current eigenharp layout, would only require me to move my led on G, to be moved to Ab)

anyway, I wish them luck, they have a real passion for this!

I am one of those who never learned to read music and one who just can’t see the notes on the keyboard. I think I could learn this method.

I also think it’d be trivial to add ‘support’ for this to controllers with ‘leds’ like the Eigenharp or Linnstrument.

How would you change the lights in the Linnstrument to reflect the Dodeka layout?

*: or any other substitute for black - or simulate black by setting all notes but E and G# to e.g. white, then the Cs are “black”.

Thank you @NothanUmber. I’ve done this:

Right, it’s in per split settings, sorry.
Some people here would probably feel right at home with your settings - major third is the default tuning of Eigenharps

You could also use the default Linnstrument major fourth tuning with the Dodeka system. Then the major thirds would be in the diagonal.

Sure! My fingers want to move in fourths. 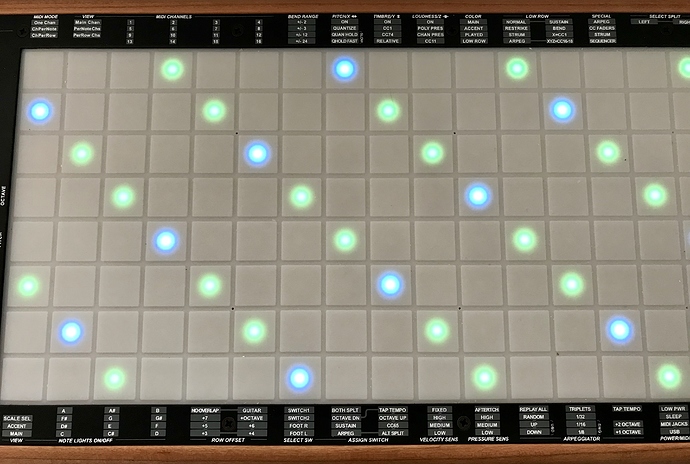 But there is something “orderly”, neat in the major thirds layout that I’ve just become aware of after turning off some of the lights. Really easy to move in positions (like upright bass). I may explore this layout a bit more.