In case some of you missed it…
Official announcement

Also just read the mail. Sniff, the precision of these is still hard to beat!
Fortunately they also work without battery, so the existing ones should be usable for the foreseeable future. And one can still create custom layouts as long as one keeps a working PC for the SenselApp.

OS updates could put us into,trrouble

Fortunately SenselApp also works on Windows. One can still use some old applications from Win95 days on Win10 (and 11). And PCs don’t come with soldered SSDs yet…

Just saw on Instagram. Dang! As an owner of a Morph plus every overlay except the discontinued drawing overlay, I’m saddened but I know Sensel needs to focus everything they have on their enterprise laptop touch pads for Lenovo laptops and etc. Linus called them better than Macbook touchpads. Wow.

This will free up extra buyers for MPE hardware made by smaller developers who need the money more than Sensel (at large) do. And they’re gonna need every buyer they can get when the Expressive E full MPE keyboard drops. This actually works to the benefit of the niche MPE hardware market, it seems. Both users/buyers and makers/sellers.

man i have a morph that sat for a while and wont turn back on, took the battery out since its a common issue with morphs but damned if you cant run it without battery so my thought that maybe they ran in series with the battery for some odd reason turned out to be exactly what i thought - crazy talk.
anybody have an idea of what would cause such an issue? out of warranty so i have to fix it myself

Haven’t tried to remove the battery (as they still work on my units). But in their FAQ they wrote: " The main item of concern is the battery. At some point, the battery will cease to be useful. Fortunately, the Morph does not need a functioning battery to work over USB. In fact, the battery can be completely removed and the Morph will still work over a USB connection. Here is a guide we created that shows you how to disassemble your Morph and remove the battery. But please note that doing so will void your warranty. The battery dimensions and specifications are in our guide, but unfortunately we don’t have a source for this battery."

As of May 5th, 2022, Sensel is discontinuing all hardware production runs indefinitely for the Morph and Morph accessories. We will continue to provide support through the end of July 2022. Read the official announcement here.   General...

a real shame to hear this.
I dreamed of a large sensel morph, so a shame it’ll likely never appear.

but I think it was (unfortunately) inevitable. the morph I think was largely a vehicle to show the technology in use to seek partners.
they said from day 1 they were targeting laptop trackpads.
so now they have these, they don’t really need this platform … as they can demonstrate on laptops.

I think, unlikely to return to this space - but perhaps, in the future a 3rd party could work with Sensel to create another desktop product? e.g. someone like Wacom or Logitech.
this might suite Sensel’s model of partnering rather than product sales?

as for battery. looks like a pretty standard single cell Lion battery (jst connector), 400mAH.
really the only thing you need to know is the physical dimensions (*) , so you find something as close as possible in size. this wont be too hard as capacity (400mAh) is not critical , so you can go smaller if necessary.

the disassembly guide really looks good… I dont have a sensel, but if you compare pictures to a morph, you could likely guestimate the size and possibly depth (looks like normal single cell depth) … if you dont want to open it before you have battery… but probably good to ask Sensel

( * ) you might want to contact Sensel now, whilst they are ‘winding down’ their support.
whilst they might now be able/willing to find you a source, they should be able to give you the full specs.

I still prefer raw data over anything coming out of the overlays, so I’m not too worried about losing the editor on an OS update.

I will be a bit peeved if the max objects stop working, though.

But worst case, the devkit API is still out there, and with that comes this: 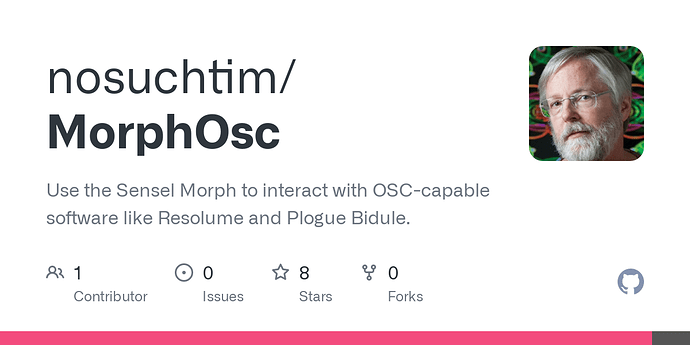 And this is also a thing: 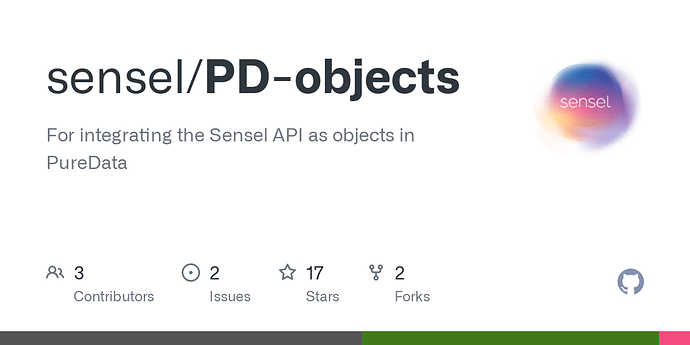 GitHub - sensel/PD-objects: For integrating the Sensel API as objects in...

(It’s a bummer that anything I develop for it won’t have a market now. But for my own private use, it’s still the perfect vehicle for… some experimental work that I’m not ready to talk about.)

thanks for the info, I missed that

Do you know if there is a need to remove a functioning battery? Like is there some risk that can be avoided by removing it? Or are they just giving the instructions for if/when the battery dies?

no idea…
but, I’d say they are just putting the info out there in case you need to replace the battery.

lipo’s don’t last forever… so at some point it’d need replacing, but that could be many years - though there’s many factors that determine its life, so for some it might be much less… some more.

risk? not really… not on such a small battery, thats enclosed in case.
really biggest issue lipos is physical damage to cells and/or loosing charge too quickly or overcharging (which creates internal overheating) neither a likely scenario here.

So, I’d probably remove it, if/when it stops taking charge properly, but even then it’ll likely drain so slowly it wont have any risk.
but overall, I’d not worry about it till it fails, then look to replace it.

I think it’s the same as with e.g. a tablet. As long as the battery works there is no need to prophylactically replace it. The battery should also not be a problem in an airplane capacity wise (< 100 Wh).
Well, theoretically a battery could get so hot that it could expand or even explode. But most people have at least one smartphone (with a much higher powered battery) and reports of randomely exploding smartphones are super rare… So at least I won’t remove the batteries in my morphs as long as they work.

i have two morphs but one say and the battery died and it just wont turn on again - holy jesus almiighty my eyes are shot these days, 20\20 vision until i hit 50 then it went to hell in a hurry , damned micro electronics sigh. on the other hand morphs are already selling for 800$.
Technobear shared the same dream as I. The morph was basically almost impossible to get a nice clean sound out of unless you turned off the mpe or spent a lot of time in calibration - but man if you are into post tonal, dissonance and such the morph is the most fabulous creation ever made - coupled with a leap and you have absolute madness

I dont know - i may decide to sell the working morph and all the pads to pay for my mi-mus based on selling while the selling is good, however if one thinks about it, there werent a whole lot of morphs and the fact that like most of what is good in life, and much like my music they were particularly under appreciated for some odd reason -hell best of all other than the battery issue with the nf one - the damned things worked without ever really have to think about it except the bluetooth but apple screws that up too much for me to hold morph responsible.
Anyway they will most likely be quite valuable about the time i will wish i could retire thus seems to me as if i will just keep them until they are selling for a cool mil and retire
well except im not so certain one can retire on a mere million these days thats like what 5 years 10 if you are really frugal dont do shit, buy shit or spend shit, 15 if you decide to live in a shanty lol

Hi, please remove leading spaces from your posts, otherwise Discourse will convert them into a tiny code block that has to be scrolled like mad. Have done this for now for the posting above (to be able to read it

I am wondering: Does your Morph not even turn on when having it attached to a powered USB hub? For me it loads during playing, so my assumption would be that the Morph needs less current than it gets via USB? My batteries are still working though, haven’t tried pulling them out…
Think the Morphs are auto-callibrating themselves when switching them on. So best make sure that you have no stuff on top of the Morph during switch-on time (other than any overlays you intend to play with). For me they are quite playable then out of the box without external callibration. Also best keep them horizontal, Sensel once wrote that vertical storage might not be good for the Morphs for prolonged time.

I could try it with powered usb. The damned bluetooth antenna somehow got lost as did the button that makes the power switch ergonomic, but honestly the bluetooth on macs has to be hacked to be any good regardless and I havent got around to it so I rarely use morph with bluetooth.
I am still debating on the keep vs sell options, the morph is fabulous and it and the pico together with the leap are great but in the grand scheme of things if I have a eigenharp alpha the morph is going to gather dust, maybe - there is a lot of depth to the morph not up to the picos level but not really all that far behind.

However I do believe you are onto something with the powereed usb but idea so i am going to try that. If one peruses their offficial forum the battery dying and bricking the unit is fairly common which leads me to believe that perhaps when it sits it leaks some of the acids out and they erode a contact somewhere around the battery connectors something like that

the problem is that its not uncommon for the morph to sit for an extended time and end up bricked - wont start, wont charge and just dead - when in warranty they just ship another - now well if I can get something that will allow me to see the damned circuit board I can try to see if I can figure out what component is causing the issue. Honestly i just figured for some odd reason the engineers (cuz engineers are just morons this is known) for some baffling reason decided to run the battery in series to the usb power supply thus causing a bricked unit when the battery loses its ability to charge. Basically anode, cathode with an acid in between - sooner or later one of those three - gives up the ghost and your battery thus no longer holds a charge. Seemed to explain the symptoms except for the fact that it is an amazingly amateur move on the part of a tech company to wire a system like that, but I have worked with engineers enough that no amount of foolishness in design can be considered surprising anymore - they really dont have any practical experience with what they design so they stuck in a wolrd of mathematics - its like one idiot told us to remove the lock nuts on the conduit on a locomotive because he didnt like the way it looked madness - he just about ended up with a black eye that way