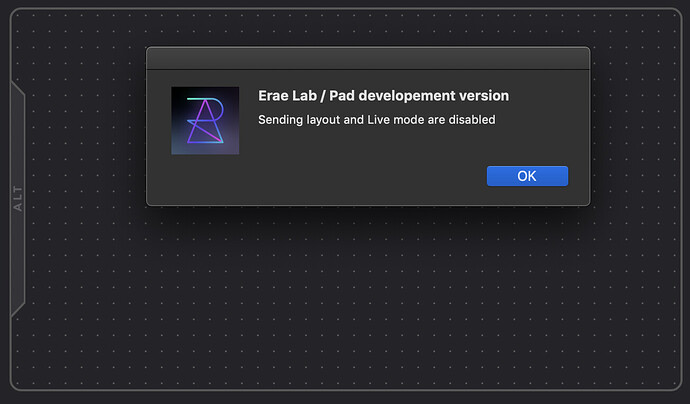 The issue is fixed you can download (again) the Erae Lab and you should be able to Download/Upload layouts now!

Thanks @embodme !! now I can “dive in” properly

so… what have others been discovering and exploring?

things that Ive been eager to try…

3x4 - to give a little bit more on the Y axis
as good as 3x3, since we do have plenty of space on touch… I think its a good go to

2x4 - this is pretty close to Soundplane grid size,
really nice spacing - I need to keep an eye/ear out to see if it I miss trigger, but so far its working well.

so due to the ‘issue’ with the intervals, I tried the suggestion from Embodme at Superbooth, which was to use the ‘drum grid’.
here you can layout a chromatic layout that is ‘correct’ , you don’t get scale grids but thats ok for me.

Im thinking, I’ll probably have one grid layout (based on drum grid) that chromatic, and another they is more a scale grid (like push)

nothing big going on here, just trying with 3 with to be a bit closer to a keyboard.
seems ok, though im getting some mistriggering, when close to the edges?
need to see if this is consistent or just my bad playing.

this is an area I need to delve into … and would love some feedback on.

main thing is slides, is turning smoothing up, so create more glide , get a less quantised effect.

Ive tried vibrato settings, but doesn’t feel like it has much effect to me (or Im missing something !)

I hope at some point they make a completely unquantized setting, where there is little / no smoothing.
I don’t like the idea that the surface is using a glide ‘rate’ rather than just responding what you play.

so currently smaller grids seeming to be working well for me, raising the glide smoothing has made it a little less steppy in pitch.
Ive moved over to use Y absolute, I feel this is better for me , since it means you can start a note with less timbre, and fade into it, rather than always starting in the middle.

what have you found so far?

what have you found so far?

I’m loving it!! but honestly just having fun discovering possibilities, a couple of hours in the morning and some more by night; not much room for “cementing” on this or that.

Changing times… I do have a new show coming up and will definitely be using the ERAE (ahah this happened with so many previous creations/shows, new instruments/controllers - this sparkled so much good ideas and proved refreshing approaches, was so with the Eigenharps, Continuum, lately with LS and so on)

I’m looking at using drum sticks or maybe mallets with a softer “touch” to play on ERAE - also I have the backplate piece to put it up higher, lets see how it goes…

nothing big going on here, just trying with 3 with to be a bit closer to a keyboard.
seems ok, though im getting some mistriggering, when close to the edges?
need to see if this is consistent or just my bad playing.

3 Tiers!! 3 octaves of fun!!
With as you are say 3 width… try the calibration I mention here (Semi) Auto calibration is confusing - #4 by keymanpal to get better experience (no mistriggering of edge problems) 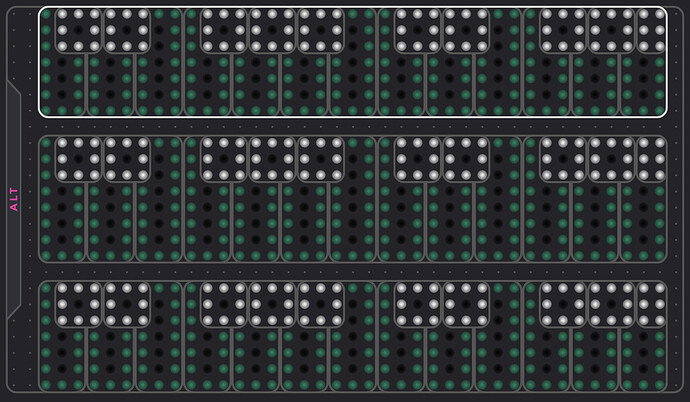 ooh, thats an interesting piano layout… might work … will try it out.

calibration, cool… I was a bit unclear how this worked when I tried it before … not sure there was untying in the manual about it!

not sure there was untying in the manual about it!

Oh “the Manual” I have put it aside completely, either its not updated or development went other direction… not a criticism per se, things evolve…!
Somethings DO need correcting.