If you have an old Mac(Book) from 2013 or 2014 (like me), it might be better not to upgrade to macOS BigSur for the timebeing, as there are reports out there that the new macOS can render these old Macs inoperable with no easy way to get them back to work again. Particularly unfortunate as these are all out of guarantee already:


(No, I didn’t upgrade nor experience that myself, I just found these articles)

Reports about possible cause: “So it seems that Big Sur broke my I/O board and more specifically, it broke the IC chip of my HDMI port. As we removed the chip and plugged the I/O board again, my Mac booted again.”

Ouch … my old iMac can’t go to BigSur
but will leave MacBook Pro until the inevitable dot release.

And when you have a large enough user base coincidences do happen.

And when you have a large enough user base coincidences do happen.

Could be, from the 200 people per day whose MPB coincidentally fails at this day 40 have installed BigSur and 20 of those sync to come to the conclusion that it was the BigSur upgrade.
You never know…
Got several mails from music software devs that asked their customers not to upgrade because they still need to adapt their applications - so I would have waited in any case

yeah… but as you know there is also ‘bias’ to the stats.

when users encouter a problem, they often search social media to look for solutions, and other users who have had the issue…
users that have upgraded without an issue are significantly less likely to post about thier experience.
(its not particularly interesting to read… I upgraded and it worked

thats why so many (product) forums read so negatively, its full of users seeking solutions.

but for sure, time will tell… hopefully we will get some definitive information, technical details - rather than user reports.

all that said… there do seem to be many reports of failure.
though I find it really hard to judge if there are more or less… frankly, every time an OS update is released we get a ton of reports.

what I am wondering is, are fresh installs less problematic?

one reason my iMac is still on Mojave, is Ive kept ‘upgrading’ it year on year with new OS’s (rather than clean installs) … and im certain every time I do this its a little less ‘clean’ , and given Catalina’s reputation, I decided… I’d do a fresh install… but that meant having backups (or better a replacement machine)

all that said, Ive been updating macs to new OS versions for years… and Ive never had one fail yet.
(though I guess always a first time

Interesting. I could test with a different hard drive (I have a late 2011 MacBook, last models with easily upgradeable memory and hard drive).

Would still at least wait for SP1, some music applications are known to still have problems with BigSur atm.

A friend just dropped off a 2012 MBP that (understandably) got completely bricked by Big Sur. Apple’s update server/software doesn’t seem to be very good at looking at hardware and saying “you know, maybe we should warn the user that this upgrade is a bad idea” rather than going full steam ahead.

Fortunately he keeps backups. I’m going to try to launch it in Target Mode, pull what I can from the drive, then format it down to the bare silicon and install Mojave on it. Wish me luck.

Fingers crossed! Read from some people who think the upgrade damaged some hardware. But could have been coincidence…

Apple’s update server/software doesn’t seem to be very good at looking at hardware and saying “you know, maybe we should warn the user that this upgrade is a bad idea” rather than going full steam ahead.

odd - it tells me (correctly) that my 2012 imac is not compatible, at the app store stage.

As the Big Sur update notification popped up once again - has anybody already upgraded? (Or by now it’s probably: has anybody besides me not upgraded

)
Looked up infos about compatibility and found this not very reassuring table: 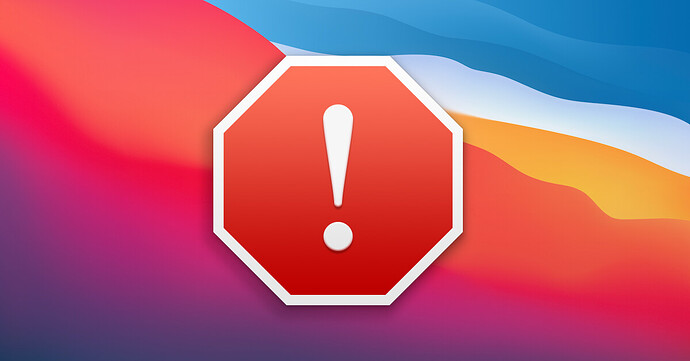 But no clue how accurate this is.
So, better staying with Catalina? Is there any relevant benefit from upgrading?
(For my iPad which is still on iOS 12, the highest supported OS for that hardware, there is a number of new apps now that won’t work anymore with this - and some others that crash after some time, probably due to lack of RAM. But macOS Catalina still seems to run anything thrown at it in 2021(?))

Has anybody current experiences with Big Sur and music applications?