I have been searching for an MPE enabled groovebox and recently realized that an iOS app could be an option.

Are there any iOS apps out there that support MPE and function like a DAW or groovebox ?

What do you want the app to do? Do you want to use your iPad as an MPE controller, MPE synth, and DAW? Using AUM or AudioBus you can connect pretty much any ios app together. GarageBand supports MPE too. Noise is kind of like an MPE groovebox (it’s best with a Roli controller though).

There is a list on here of all the MPE synths. Roger Linn has a comprehensive list on his site as well.

I would like to use my Striso Board MPE controller with an iPad to make full tracks. Therefore, the app would need to have, at minimum, a synth, a drum machine, and a sequencer (or feature multi-track recording like in a traditional DAW). However, you mentioned that AUM or AudioBus can effectively string different apps together; could you elaborate on this option? How seamless is the workflow?

In other words, having the equivalence of the Synthstrom Audible Deluge in iOS format would be ideal.

Based on what you’ve said, I would use Garage Band. It’s the only iOS DAW I use, and can do most of what you listed. You can use any auv3 app in Garage Band and most MPE instruments updated within the past few years work. Maybe other people have more recommendations. I know some people don’t like the Garage Band workflow, but it works for me.

AUM and Audiobus both can basically connect any controller (including your ipad) to one or more effects and/or one or more instruments. I prefer Audiobus because it’s really simple to use, but mainly I use these apps for live performances or to record quick ideas. I would check out the audiobus forum if you want to learn more, they have a wealth of knowledge, but for recording I would use garage band.

Thank you. Garage Band looks like a solid offering.

I think that I have made my decision: Bitwig Studio on a Surface Pro. Bitwig has really good touch support and I can use my extensive VST library.

I would try it first…

I found the touch support on my windows laptop for Bitwig, less than inspiring.
it was a cute feature, but didn’t really add much for me.

important note: my laptop was ‘fingers’ only, no pen support - perhaps with a pen it would be better.

personally, if you want touch, Id go with an iOS device… really they are designed for this, and developers have been extremely creative in this area.
(and Ive no bias, Ive only ever own the original iPad… though I do think I will get again at some point)

I actually bought this laptop to explore this area, as touch on a laptop, does appear to a great addition given how well the iPad/iOS works.

however, my conclusion was one that I feared at the outset.
iOS apps work so well with touch, because its primary interface is touch… mouse/keyboard support is very much secondary. so apps have to work well in this in environment to be of any use.

on windows, the opposite is true, most users do not have touch, so when its supported (like Bitwig) , it feels like its an ‘add-on’, its ‘workable’ but it doesn’t really add much to the experience.
so in practice, with Bitwig (and everything else), I ended up using the keyboard/trackpad much more than the touchscreen.
also Id point out, that after the initial fanfare from Bitwig of supporting touch, they have added nothing more to it… so even they don’t seem to view it as a priority.

in fairness, this is not the fault of Bitwig, or Microsoft… its just desktop apps are not designed for touch use as their primary interface.
In fact, we can see the opposite with Apple, run an iOS app on an iMac (a feature from last couple of macOS releases) , and its similarly a lack lustre experience - it just doesn’t feel very good using an app designed for touch, with a mouse.

famously, this is why Steve Jobs did not want a desktop OS (macOS) on the original iPad, to ensure developers supported touch fully, out of the box… they had no choice!

really this is only going to change, once there is a big enough user base that use both touch and keyboard/mouse on the same platform… then app devs will feel the need to equally support both.

I think this is probably most likely to happen with iOS moving increasingly towards macOS, and iPads being seen increasingly as desktop/laptop replacements.

at the WWDC keynote this week, interestingly Apple talked of iOS desktop class apps…
this appears to be a further shift in approach from Apple.
they used liked to differentiated iOS/IPad for mobile apps, and macOS for desktop usage … to attempt to not have the iPad (Pro) eat into the MacBook market… they wanted to sell you one of each !
but announcements this week, increasingly show, Apple are close to pretty much merging the product lines as far as some types of users are concerned.

but back OT, this means pretty much full touch support on apple desktop (like) products is on the cards.

Yeah its going to come down to how the balance works for you when it comes to interaction/interface vs features/flexibility.

I’ve played with Bitwig on a Surface some years ago, and there is no doubt such a setup will give you the most flexibility and will avoid various limitations and dead ends you could run into when trying to achieve something equivalent to a powerful groovebox with decent MPE support in all the important areas. But if your mission is to achieve a mode of operation that has much less in common with working with a DAW & computer, and much more like hardware, Windows touchscreen experience is still unpolished and computer-like compared to the simpler ecosystem of the ipad, or dedicated hardware devices. For example for some tasks I still felt like a mouse made sense. But then I could still say that in some areas with certain ipad apps, despite their polished interfaces and years of development, especially the more like a DAW the app is. We even see Apple acknowledging this more in recent years, when it comes to productivity apps (not music specific) on the ipad, where the pointer and multiple windows are gradually becoming a first class citizen in that environment.

For these sorts of reasons Im giving hardware a try now that I have some MPE options, I went for the Squarp Hapax and I love it so far but I wouldnt call it a groovebox because all the sound generation needs to happen in other devices. Its better to just think about it as a sequencer. Perhaps if I was confident that DRAMBO supported MPE nicely in its sequencer side of things, rather than only on the sound generation side of things, I would recommend that for a groovebox-like experience on a tablet. Maybe they added such MPE sequencer stuff in version 2.0, I dont know, I havent explored that version.

Thanks for the reply both of you. You’re making me reconsider my options.

I’m starting to gravitate more and more towards a small Windows laptop with Ableton (I already own and know how to use Ableton Live 11 Suite, so that is a huge plus).

Can anyone comment on the setup of a controller + small laptop for music-making on-the-go?

World of controllers… this comes to my mind 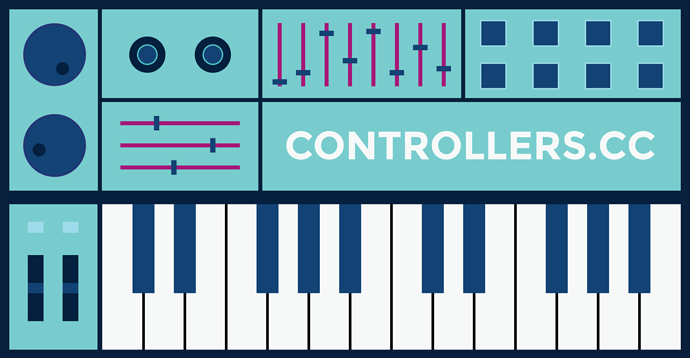 I have come to a sort of revelation and would like to hear if any of you have had a similar experience.

Benn Jordan’s video on making music with an iPad has cooled my enthusiasm for this iOS setup; actually, I am now a lot less enthusiastic about making music on-the-go in general. I used to own a Synthstrom Audible Deluge but eventually sold it because I didn’t actually really use it on the go; I used it on my desk, just like any DAW.

I have realized that making music on-the-go is 100% a guilty want and not a productive want. I’m realizing that even my expensive desktop synthesizers (Sequential OB-6 and Novation Peak) are not getting played; whenever I actually do make music, I mostly work in the box.

All in all, I think the pursuit of music gear is more an addiction than anything for me. I like collecting; I like technology; and I like music—the perfect storm for an unhealthy addiction.

Anybody else feel ashamed of their purchasing habits and the endless search for the “ideal” setup?