New updates for the Sensel Morph

From their web site

We are happy to announce the release of Version 0.19 of the Morph Firmware and SenselApp. This update includes a large number of changes to the Morph and SenselApp that we are excited to share with the community. Go to the Sensel Support page to...

We are happy to announce the release of Version 0.19 of the Morph Firmware and SenselApp. This update includes a large number of changes to the Morph and SenselApp that we are excited to share with the community. Go to the Sensel Support page to download the latest SenselApp and make sure to update your Morph to the latest firmware.

Let’s jump into the changes.

Tired of using the powered USB dongle or using a powered hub for iOS? You can now open the SenselApp, go to Morph-XXXX, check “Slow Charge (iOS USB)”, and then press “Send Settings to Morph”. This will prevent the Morph from going into Fast Charge mode, which keeps the Morph power draw low enough to be used with the iOS unpowered USB to lightning dongle (aka “Camera Connection Kit”). This also could add support for other low power USB hosts, but it has only been tested and developed with iOS in mind.

This does mean that the Morph will take longer to charge (even when plugged into a high power USB), but if you ever need to switch back, just switch it back in the Sensel App. 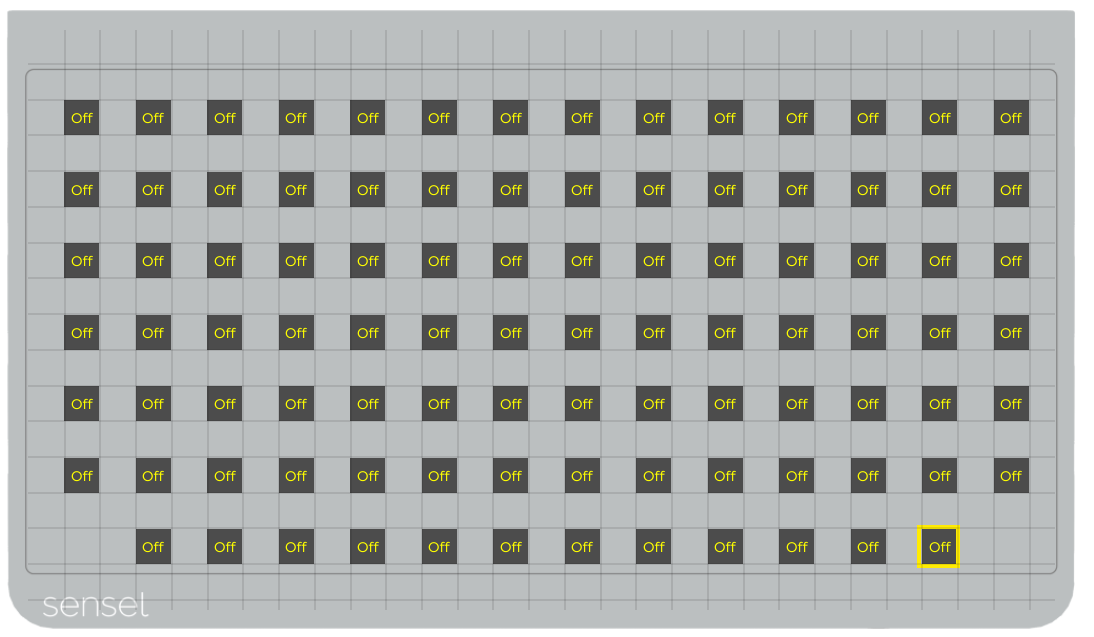 Undo and redo changes made to your Maps. These changes are per map so you can switch between maps and keep your Undo/Redo stack. You can either use the buttons or keyboard shortcuts (control/cmd + Z for Undo and control/cmd+Y for Redo).

As mentioned in the last two sections, there are now some keyboard shortcuts. Here is the current list.

We are excited to show what is possible with this Overlay and look forward to sharing it with the community when it is released.

You can now create relative MPE and MIDI XYZ sliders that do not snap back to the center on the next touch. To make use of this function, create an MPE or MIDI XYZ pad and turn off Absolute Y and Recenter CC. Now, each area will have a stored CC value and will move up/down from that point until it hits 0 or 127.

There are a few other UI items spread out between the firmware and SenselApp.

We are still working on the 0.19 Linux update. As soon as it is available, we will update this post.

We no longer provide MIDI feedback in the SenselApp. Grabbing the MIDI port on Windows would prevent other applications from using MIDI and it tended to cause some confusion when a piano would play along with the users DAW. As a result, we disabled this feature. If you need to see feedback, we would recommend MIDI monitor on Mac and MIDI OX on Windows.

There are a few other items that are enabled by this update and we will be excited to share them when they are complete.

Yay! Particularly the quality of life features and the 96 areas extension are nice!
Trying to get one of the layouts working that was bugged in the last version. Fingers crossed!

Haven’t tried it yet, but my Buchla Thunder overlay pre-orders finally arrived.

Also got mine, it’s certainly interesting! Not completely unlike an Eigenharp Pico with a diatonic scale. Sometimes some pads don’t react when pressing several together, think they still have some bugs to solve, hope they get this fixed soon.
The imho most interesting part is that you are pulled out of the small/big/small intervall comfort zone of a piano (two hands with small intervalls, big interval between hands). Even though it’s “just” diatonic (by default) the stuff played can sound different just because of that.
It also nice that once a key is pressed down you can still slide the finger around on the entire surface, e.g. bending into scale-foreign notes (a little like a diatonic harmonica that allows bending).

These are new and exciting, if you’re a max user: 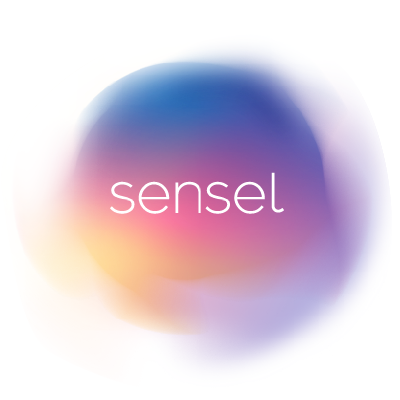 The “multitouch from MPE” demo comes with a senselmap that gives you 14 bit X, Y and Z values over MIDI, with lower latency than using the API. The max patch translates that back into usable coordinates, and is probably worth porting to other platforms.

I did a bit of reverse engineering of that “multitouch for MPE” example in case anyone wants to develop for other platforms, who might might not have max.

The overlay itself is surprisingly simple: 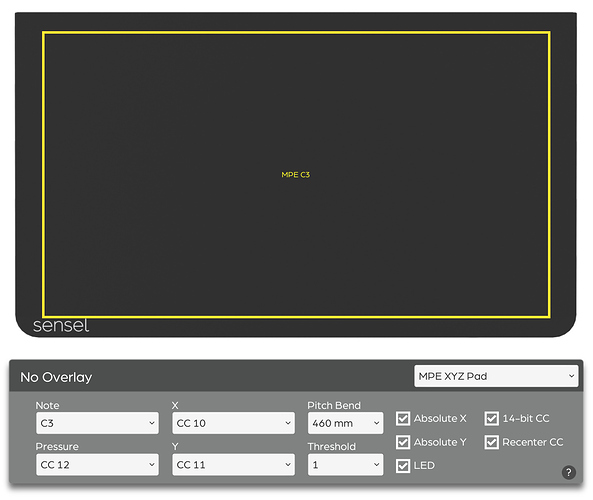 And here’s the relevant part of the max patch: 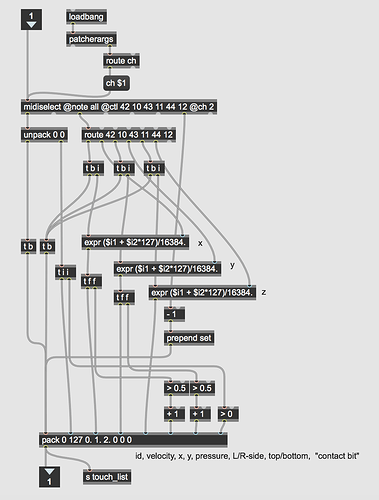 This gives us the info we need to rebuild our coordinates in pd or lua, for example (if one wanted to leverage this data in organelle or norns, respectively).

That should give you 14 bit values in a range from 0. to 1. and you’ll be able to script just about anything from there.