Two questions that have:

Upd: My CCK lets Linnstrument to work with iPad when plugged into the charger.

Hi Fedor! Just in case you haven’t seen it, there’s an official Linnstrument forum where Roger Linn is very active. I think it would be best to ask/search your second question about the iPad power there. I remember there being some subtle differences between iPad or iOS versions, so it may be good to find or get an official reply from Roger Linn.

About the stiffness: Yes I can confirm that it’s stiff, and I was surprised when I originally got it. It kind of feels like tapping your fingers onto a table. I try to focus on the feeling in the fingertip itself: If you press harder, you feel more pressure inside the fingertip. In the flesh between the skin and the bone, if that makes sense. That doesn’t give feedback about the depth you’re pressing (it’s always 0

), but it gives some feedback about how hard you’re pressing.

My 6th generation 9.7" iPad can power the LinnStrument, no need for a camera kit or any other hardware besides a Lightning to USB B cable. Older iPads don’t put out enough power.

The current iPad Pro also puts out enough power, though the single USB C port with no headphone jack was a deal-breaker for me. A Bluetooth speaker didn’t solve the problem since it had 1-2 second latency.

I think mine is also 6th gen. 2018 model, right? Can you provide a link to that specific cable you’re using? Its quite a revalation that you don’t need cck!

It was a new model when I bought it at the end of last year and it’s still the latest 9.7".

Amazon no longer has the cable I bought, which is dyplay brand, five feet long, and cost $12.89. Here are a couple of other sources: 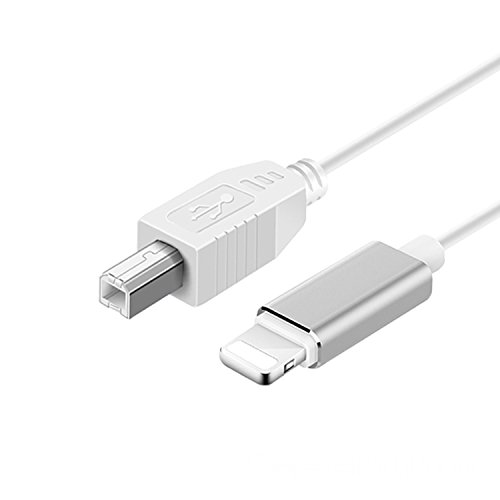 I was better able to control pressure with the Roli’s softer (maybe too soft) surface, but overall I found it unplayable, couldn’t get used to the waves.

In contrast, I find the LinnStrument intuitive and highly playable, especially the X axis. With the Y and Z axes I often feel like my fingers are too big (same feeling I get on guitar). Maybe I can overcome that with practice but even with those limitations it’s a lot of fun to play and a refreshing break from my usual keyboard habits.

My gold standard for Z axis poly pressure is the Prophet T8. Have yet to try a Continuum.

Yes, I found Roger’s post on kvr regarding the change of the material of Linnstrument’s surface to current stiff one. Main reasons being durability of the new surface and playing speed. I guess he just forgot to update that section of the website where it says about 50% compression of the surface. I guess that was about the old one.

It’s like my 3d day with Linnstrument, and I’m already playing things I couldn’t imagine to play on a regular midi keyboard, let alone Seaboard)