I got a message as it dropped on KS, so got in quick as I’d been considering a ‘conventional’ portable keyboard for a while, and at £117 a pop for a small, modular, , poly AT keyboard with decent size and travel on keys - seems really interesting, and the colours will be fun.

(tip: I found out from comments later, you can double your pledge to get 2 at the same price level you pledged out)

Oh… so it does Poly AT? That is nice to have! easily snap two together…
Colors are important feedback; combine both in a piano keyboard is a first time?
Native Instruments has something close…

Me… just got a Lightpad Block a couple of weeks ago; all this time, still not convinced.

(tip: I found out from comments later, you can double your pledge to get 2 at the same price level you pledged out)

If that isn’t accurate, it’s a great prank!

just got a Lightpad Block a couple of weeks ago; all this time, still not convinced.

That ties in here as well. You should be able to configure that for global bend, mod wheel, etc. You got the M, right? First generation was beyond worthless.

No jack for a foot pedal, but I solved that as well – my first generation Lightpad Block can be upgraded from “paperweight” to “wireless sustain”. Lord knows I’ve thought about stomping on it enough times.

You got the M, right?

yep!
I think they don’t sell the First generation anymore.

Worth mentioning, I do think that with a lightpad block for bend/modwheel/other global modulation, Lumi is a better answer than K-Board Pro 4 for the traditional keyboardist who wants some additional expression under their fingers, but doesn’t want to learn new techniques, or can’t get past the feel of a squishy overlay.

There’s a real need for that compromise, and I think this will serve nicely, while encouraging those users to dip their toes into the other BLOCKS available.

You do lose vibrato, but gain moving keys and some sexy LED action, and 49 keys of it costs half as much.

Yeah, you also lose the Y axis. But I usually end up disabling that…

(Subtext: hey, anyone want to buy my Pro 4? I think I might hate it again.)

Yeah, I think the modular nature of Roli’s system is quite interesting (albeit quite expensive).
I’m intrigued if they are using littlefoot in these , like the blocks, to drive the lights.

Think it’s quite likely Roli will be adding some offers on additional blocks when they do the shipping - quite common on KS, and also Roli often have sales.

If you ignore the sensor, that’s sort of what this is. 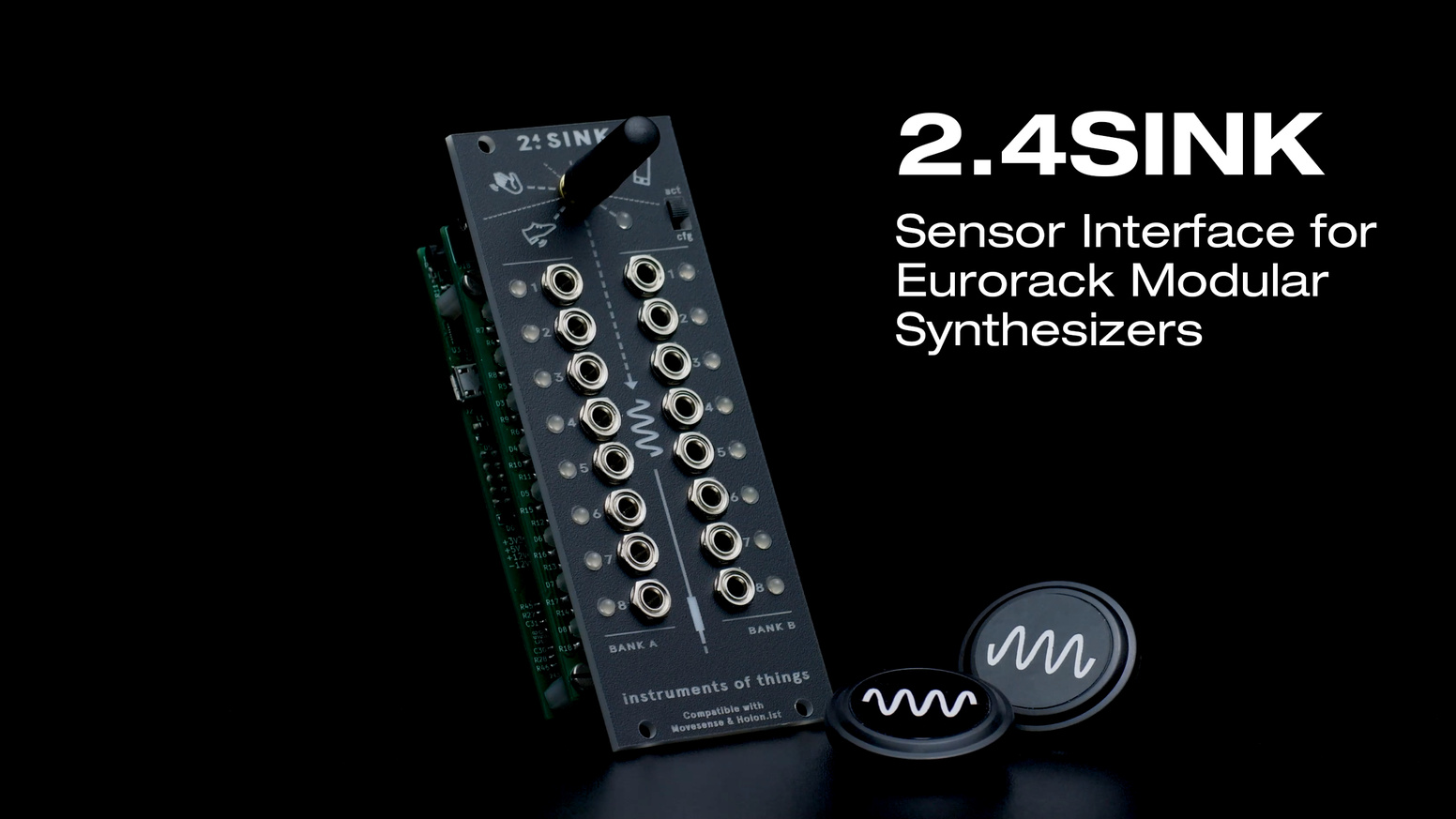 (MIDI over Bluetooth, yo.)

Looks interesting, particularly poly aftertouch is a nice… touch. And the modular approach looks like a good thing regarding portability.
But Roli - why not standard size keys… Not sure whether they do children really a favor with that… Sure, the Morph piano overlay can be played - I personally still prefer full size if possible. Perhaps more getting used to helps though. (A full piano has 164mm per octave, the Morph piano layout 120mm and this apparently 116mm (thus 70%))

Did I understand it right that you cannot create own “colored” training pieces, just the ones from their store work? While I understand the motives it kind of would limit the possibilities?

size, i think is all about portability, I personally am not planning on replacing a proper keyboard with it, rather supplement what i have.

they are talking about possibilities of api/sdk but have not committed to anything yet, but they are getting more talkative each day about it…
even if they don’t if the comms is allows over usb, then its probably not going to be that hard to reverse engineer it

Roli’s goal wasn’t to train children to play a full-sized piano. They mean for children to graduate to the Seaboard Block, whose keys are that same size.

(Roli isn’t too concerned with supporting the acoustic piano industry.)

I like mini keys, and I definitely prefer them on the Seaboard line.

(The Rise is better for flowing melodic lines, but if you play a lot of wide chords your fingers tend to splay and you go out of tune. Mini keys fix that.)

Using them together, I appreciate that they match.

Sure, the Morph piano overlay can be played - I personally still prefer full size if possible.

Perhaps ironically, as someone who likes mini keys, I’m not a fan.

That’s more about height than width, though.
Flat pianos are just not right.

Did I understand it right that you cannot create own “colored” training pieces, just the ones from their store work?

Roli has yet to address that question, so it’s currently unknown. But also, I don’t care. I’m not planning to install the app.

Worth mentioning, I don’t think there’s ever been a mini keyboard supporting poly aftertouch before.

But it’s also worth mentioning that the BLOCKS ecosystem has no way, as of yet, to plug in a sustain pedal.

Perhaps ironically, as someone who likes mini keys, I’m not a fan.

That’s more about height than width, though.
Flat pianos are just not right.

Yepp, it is hard to beat a piano when it comes to playing piano on something that feels and sounds like a piano

For a hybrid between an xyz-pad and a piano flat imho makes sense though, reducing the emphasis on diatonic C/a and equal tempered tuning (particularly when playing without pitch rounding).
But good to have different options for different tastes and applications!

For a hybrid between an xyz-pad and a piano flat imho makes sense though, reducing the emphasis on diatonic C/a and equal tempered tuning (particularly when playing without pitch rounding).

I feel like the continuum / continuano is a much more appropriate hybrid for that goal, though.

(the traditional piano layout demonstrates “white key privilege”, taking half of the Y axis away from the black keys and giving it to white keys who don’t even need that much real estate. Black keys matter!)

And from an ergonomic standpoint, the Janko keyboard is a better compromise for piano-centric playing.

In either case, what we wouldn’t have is a need to reach further for black keys than white ones.

You have a point, Continuum and Janko keyboard are nice and “pure” realizations of the respective concepts. Hard to improve something close to conceptual perfection

A little bit a bummer that Janko didn’t see wide spread acceptance. Probably the power if habit - and millions of collective practise hours in the favor of the classical piano.
That said, with all it’s compromises “normal” piano is still a lot of fun, not perfect but not really “broken” either

I don’t know if you consider this “mini”, but if you want a portable keyboard supporting poly aftertouch, you will find that the CME Xkey line does so beautifully. Some people don’t like the “clacky” action, but I’ve owned three of them over the years and loved them all.

If you get the non-Bluetooth Xkey 37, it comes with a breakout pigtail opposite the place where you plug in USB. That gives you sustain pedal and expression pedal inputs on 1/4" jacks and a 5-pin MIDI output jack (which you can even use standalone, if you plug the USB port into a standard AC USB power supply). Alas, the Bluetooth version doesn’t have this.

KMI’s product fills a niche, and a lot of folks will go for it in the many months before the LUMI ships. Ultimately KMI will suffer for having taken so long to get it to market; things move fast and this time they didn’t. But I still love mine and don’t plan to get rid of it.*

I have backed the Kickstarter for a pair of LUMI keyboards, with a great deal of trepidation… on the one hand, it does hit a very nice feature set and looks intriguing, but on the other hand, this is ROLI, and offering them money makes me twitch.

I have gotten rid of all my ROLI gear except for one Lightpad M, which I sent to a friend who was curious about them and offered to learn Littlefoot and help set it up with functions I need in exchange for an open-ended free trial period. My experiences with BLOCKS Dashboard have been 100% miserable, and my attempts to find a community of even marginally helpful people who code them successfully have been in vain (at least so far).

I admit that I am not a coder and haven’t been since the 1980s, but even the most basic functions offered by Dashboard don’t seem to work properly and I find it maddening that even the factory presets have severe bugs in them (a friend confirmed that the Mixer preset for the Lightpad M can’t send fader values below 5. WTAF?).

The price of the LUMI is low enough that I figure it’s worth the gamble, but my hopes are not high. I’ve been following ROLI as a journalist since the company launched, and my interactions with them as a gear reviewer and consumer have been less than uniformly excellent. I hope they get this one right, but if you compare the feel and response of the Seaboard BLOCK to the Rise to the Grand, it doesn’t speak well to first-gen hardware getting out of the starting gate in a completely satisfactory form…

*I am also selling a K-Board Pro 4, but that’s because I got two of them (my order was for with and without handles) and only need one now. Brand new, unused, in the Kickstarter-only road case, PM me if you’re interested.

Hmm, they’ve just announced you can add some blocks to your pledge at 25% off

Though this could get expensive!
Thoughts on lightblock, seaboard block?

I don’t like the fact that the lightblock is a bit smaller than the lumi , gonna look odd without the liveblock (which I’ve no need for!)

I bought a Lightpad, partly because its 5x5 grid layout is very close to a 5x5 section of a LinnStrument. In comparison I found the Lightpad required much more pressure to play, to the extent that my smaller fingers soon ached. (Maybe if you’re a pianist it’s not as big a deal.) You can adjust the response of both controllers, but I found the most sensitive setting of the Lightpad was worse than the least of Linnstrument.

As far as offers, at least when I bought, buying the Lightpad (or Seaboard) Block entitled you to half off on Equator and Cypher 2, so if that’s still true it might sweeten the deal.

As far as offers, at least when I bought, buying the Lightpad (or Seaboard) Block entitled you to half off on Equator and Cypher 2, so if that’s still true it might sweeten the deal.

already own both anyway… so I’d want $$$

I find them both to be inaccurate. When I play what I believe to be the same riff repeatedly, I get very different results. And I need to be much more heavy-handed than what is comfortable for me. The first issue is probably mostly lack of practice, but because of the second one I can’t play them for long before my hands hurt badly. So therefore I don’t practice!

I like the Lightpad despite these issues, though. I often bring it with me on trips and record some quick ideas in the Noise app or Cubasis when I have some time to kill. And the fact that it can be programmed is both handy and fun. I’m sure you would think of some creative use for one.

So, I guess I dislike the Seaboard, but find the lightpad to be unique enough to be useful in some cases. I can’t remember if I have actually done so, but iirc you could easily program a loop block to send some midi CCs or something like that.