This Saturday my wife and I finally got to perform our new live show we have been working on. We have been working together with a director and a video artist to create a concert that (in addition to our music) is part theatre and part video. It went well, and the reception has been overwhelmingly positive. We did not expect such a response, so the praise and feedback we have received afterwards has been a bit of a shock, to be honest.

Anyways, inspired by @keymanpal’s post, I wanted to write a similar one. Some curious people with various Eigenharp questions afterwards, which is always nice. I like the feeling of being an “ambassador” for my favourite instruments! 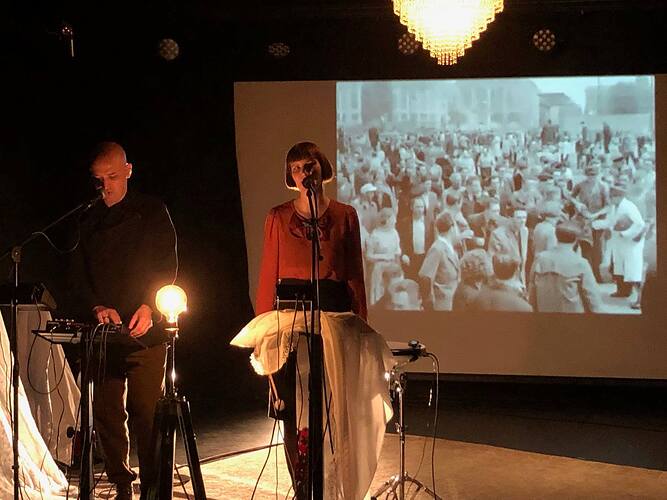 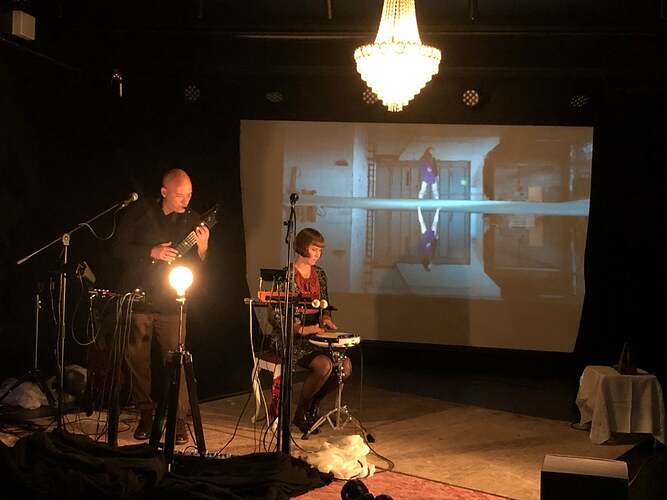 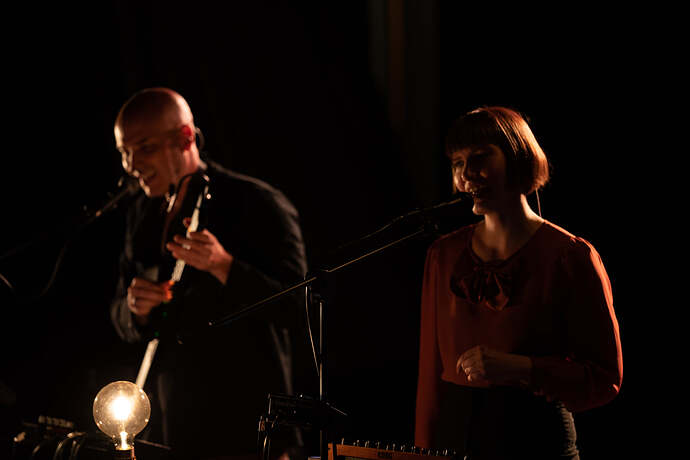 Awesome @kai! thanks for sharing the photos and also the video

Nice theatrical/cinematic atmosphere, im sure the audience got many levels of perception and besides
the nice thing to have/play an Eigenharp you two look great on stage.

Looks fab, wish I’d been there.

(Gotta love the Wavedrum. Reminds me of Dead Can Dance.)

Fantastic! What a great sound & atmosphere. Was there a reason for your wife to sit side-on rather than facing the audience?

And being a modular synth geek, I’d love to hear more about what’s in the case, and how that was integrated into your performance.

Nice theatrical/cinematic atmosphere, im sure the audience got many levels of perception and besides
the nice thing to have/play an Eigenharp you two look great on stage.

Thanks! I remember when we started preparing for this, our definition of success was whether we enjoyed doing it and wanted to play again or not. We have little stage experience and think of ourselves as hobby studio musicians, and not even instrumentalists/vocalists. Hence we felt very unsure about the quality of the concert. I suspect the audience didn’t expect much either, tbh, so I guess that might be part of the surprisingly good response. People were simply positively surprised we didn’t suck, I guess. Hah!

Anyways, for us the experience was a bit mixed. Stressful and time consuming, but also very satisfying to hear that people actually responded well to what we had made. So not sure if this is something we want to do again anytime soon or not, yet. Probably, but right now just noodling around with synths at home feels more appealing.

(Gotta love the Wavedrum. Reminds me of Dead Can Dance.)

Yeah, we are fond of the Wavedrum. A bit weird Korg hasn’t released a new model by now. Some obvious improvements that could have been done to an already very cool product. USB+App for easier editing, Midi in (for program change messages, at least), etc. Regarding Dead Can Dance, we’ve actually heard that before.

Fantastic! What a great sound & atmosphere. Was there a reason for your wife to sit side-on rather than facing the audience?

Thank you! The second half of this tune is the only segment where she is sitting and hand-drumming. Most of the time she is facing forward singing + playing the Monologue, and then turning sideways playing the wavedrum with sticks now and then. The sideways angle made it easy visually for the audience to see the stick/arm movement and also created some interesting shadows on the back wall. (…and iirc there was a projector light that was unpleasant to get straight in the eye when looking forward while sitting down).

And being a modular synth geek, I’d love to hear more about what’s in the case, and how that was integrated into your performance. 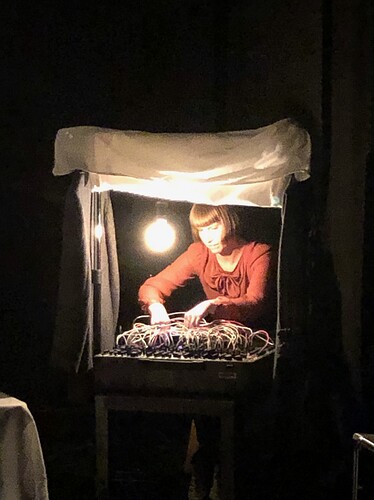 IreneModular1536×2049 374 KB
The concert was split into three acts, split with two “interludes” that were a mix of theatrics and music. In the first one of these, Irene uncovered the modular underneath a stage prop and played an ambient piece with self-generating karplus-strong plonks, a Folktek Matter + Make Noise Mimeophon glitchy groove and playing a slow bass melody from mostly Pittsburgh Modular stuff on a small Freestylo patch-cable-on-touch-plate module. So 95% prepatched, with just some planned repatching live.
3 Likes